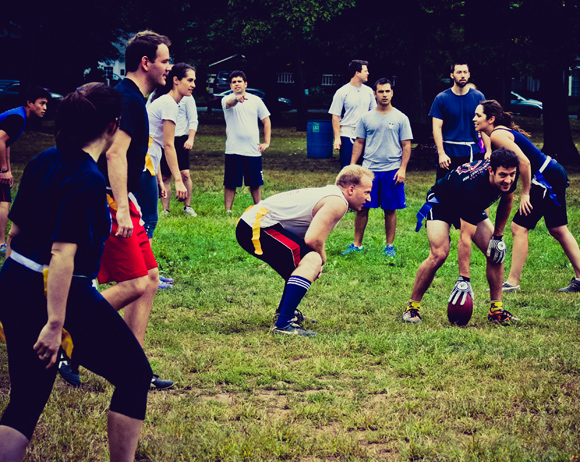 The annual Oster Bowl took place this past weekend in New Haven's East Rock Park. The Oster Bowl, named after Professor Sharon Oster, is the first in a series of sporting competitions between first- and second- year students to determine the winner of the 4029 Cup.

For the Oster Bowl, first and second years play flag football to determine which class has the most athletic prowess on the gridiron.  Although the first-years built a 28-21 halftime lead, the second-years pulled off the win with a final score of 49-35.

It was a well-played game and the first-years will be looking for revenge at the upcoming Swersey cup.

Photos by James Lin ’15 and Lokesh Todi ’14. View the complete photo gallery on our Facebook page.