Olá from Sao Paulo, Brazil! I am blogging from IE Brazil command central, the Renaissance Marriott in the lively Jardins district of Sao Paulo. The International Experience, or IE, is a required international trip for all first-year SOM students. We picked our destination from six possible countries, and having never been to South America, I was excited about seeing the "B" in BRIC in person. For some in our group, Sao Paulo is the next step in a series of sun-filled Central and South American pre-trip adventures. Personally, Sao Paulo is my first stop straight from the cold and snowy Northeast, so Brazil’s weather is a Southern hemisphere heaven for me.

After meeting up as an SOM group yesterday afternoon, we had our busy first full day of meetings today. We knew going in that this wasn’t going to be an easy trip in terms of the meeting schedule, but so far I’ve been deeply impressed with all the companies and leaders we’ve met with. First, we visited the headquarters of Brazilian low-cost carrier Azul Airlines. As something of an airline aficionado, I was pretty excited about this visit. We were lucky to have a meeting directly with Azul’s founder and CEO, American entrepreneur David Neeleman. He is best known in the US for founding JetBlue as well as other airlines and airline-related companies. We can credit the famous JetBlue model of customer service and human resources (covered in our SOM classes!) to Mr. Neeleman, who has now brought the JetBlue model to Brazil with Azul. Azul has been wildly successful in Brazil, opening up air travel to a whole new segment of customers, and since its founding in 2008 has grown to be Brazil’s third largest airline. Being born in Brazil and growing up with two passports left Mr. Neeleman in the unique position of being able to found a Brazilian airline, so we were able to ask him about the challenges of setting up a new company in Brazil as an outsider.

Next, we were off to Ambev, whose products many of us have already been sampling in Brazil. AmBev is Brazil’s largest brewery and the fifth largest in the world. A subsidiary of Anheuser-Busch InBev, the largest brewer globally, Ambev dominates the Brazilian market and produces Brazil’s best-known beer brands like Skol, Brahma, Bohemia, and Antarctica, as well as a line of soft drinks. There is a lot of room in the Brazilian market for diversification of Ambev’s offerings, so it was interesting to hear how they are addressing expansion. Since it was still early in the afternoon, we contented ourselves with sampling their signature soft drink Guaraná Antarctica, though we admired the beer on tap in the main conference room.

Pumped up on our Guaraná Antarctica, which contains a stimulating extract from a fruit found only in the Amazon basin, we headed off for our last meeting of the day with John Henry Schulz, Yale college alum and the dean of the Brazilian Business School. Mr. Schulz has lived in Brazil for several decades and has held leadership positions at numerous financial firms in Brazil. He now leads Queluz, an asset management firm, as well as the Brazilian Business School. As an American who has lived and worked in Brazil for so long, he was able to provide us with a unique look into the Brazilian economy and discuss opportunities for doing business in Brazil as a foreigner. I bet a lot of us, myself included, left the meeting pondering how quickly we can pick up Portuguese and join the BRIC wave of progress. For now, I’ll have to content myself with soaking up the sights and sounds of beautiful Brazil, if not the language. O Brasil é lindo maravilhoso! 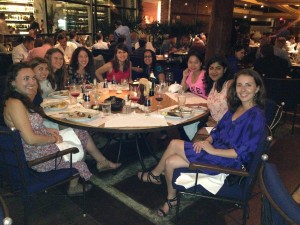 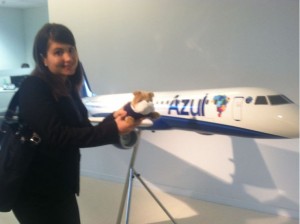