Every year, Yale SOM kicks off the 4031 Cup with the Oster Bowl, sponsored by student life. This year, the game was a defensive struggle.

17-9; this sounds like a reasonable final score, but it's actually sack total for each team. The final score was 9-0 in favor of 2015, whose defense was led by Dugan Winkie, who had a fumble recovery, 8 sacks, and 3 tackles for loss, and David Ritchie who had the game's first scoring play of a safety. 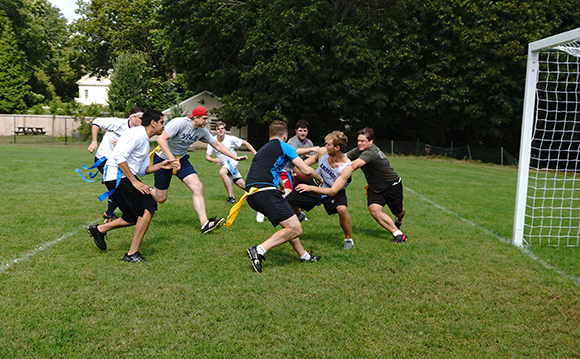 The 2015 offense later followed up the safety with a touchdown catch by Will Howerton, which was set up during a short field turnover on downs. Alex Chittim also contributed with the game's lone interception. 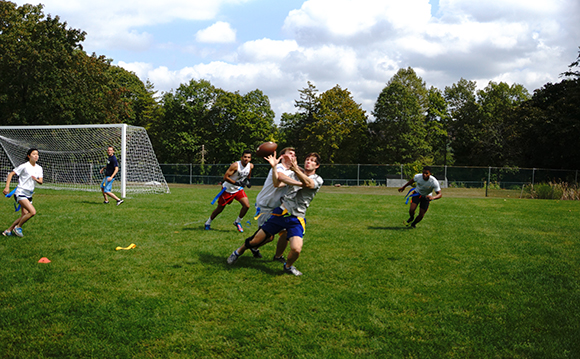 2016 had a few good plays including the game's longest pass play and some nice blitz sacks by Tanmay Manohar. However, the suffocating defense of 2015 kept their offense out of rhythm for much of the game.

After the game, participants enjoyed sandwiches and drinks courtesy of the Welcome Brunch event that occurred alongside the bowl.