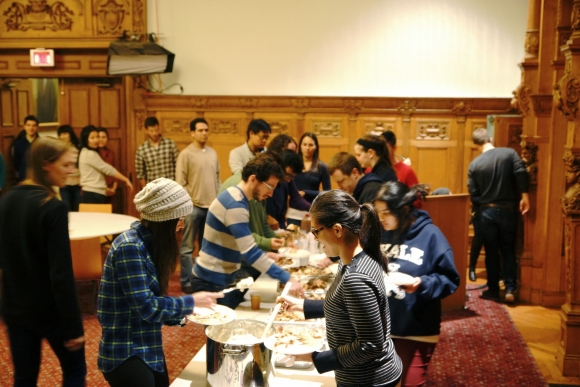 With the smashing success of the Chili Cookoff, Food and Wine Club decided to start a whole new tradition with the 1st Annual SOM Thanksgiving Cookoff. Because everyone had their own Thanksgiving plans, the best time to celebrate at SOM was actually after Thanksgiving. This worked to an advantage by allowing the opportunity to “test” winning recipes on family before trying to claim bragging rights against the rest of the class. 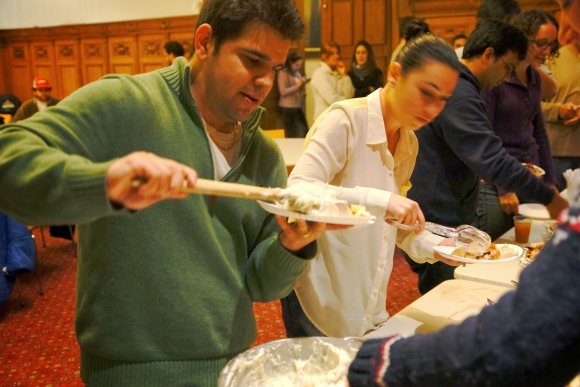 Just like the chili cookoff, there were different categories of food – best stuffing, best vegetable and best dessert - that aspiring SOM cooks competed in for bragging rights. One of the particularly inspired decisions of the event was Food and Wine’s decision to provide the turkey as part of the meal. They furthered the awesomenes when they purchased “pressure-fried turkies” from Inspired Turkey, a local New Haven caterer. According to the website, the benefit to pressure frying vs deep frying is that the moisture remains locked in and none of the oil soaks in, so the end product is both healthy and delicious (Note: I think I need to refer these guys to Professor Sudhir for trying to claim anything fried is healthy). 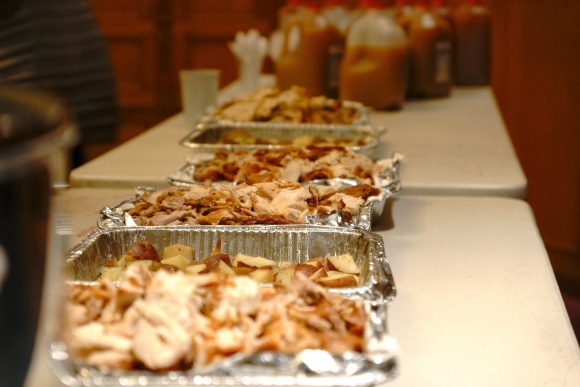 In the stuffing category, David Johnson (SOM ’15) took home the title with his “Hot Stuff” jalapeno cornbread stuffing. He also was the first first-year to win a cooking event this year. 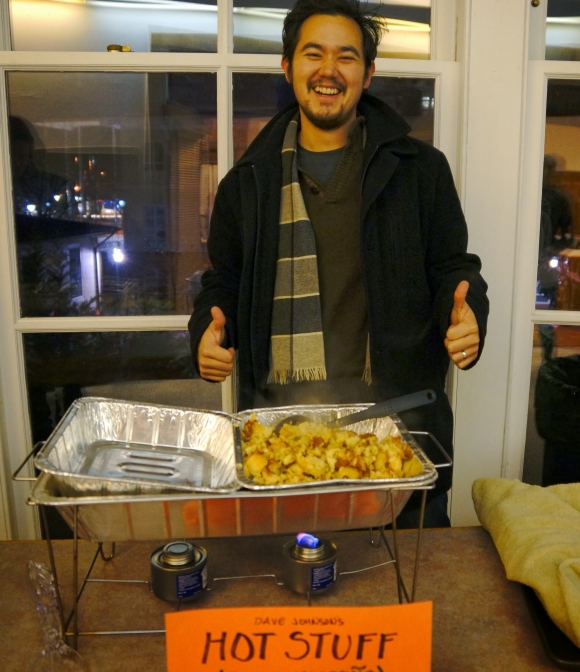 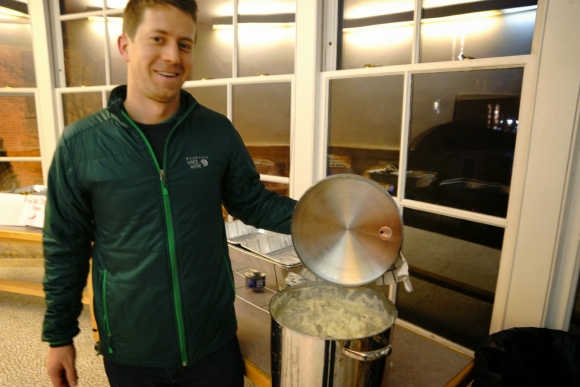 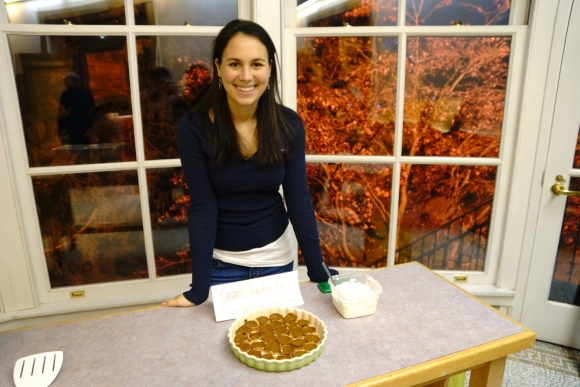 Overall the cookoff was another smashing success. I look forward to more cook-off events that Food and Wine plans in 2014! 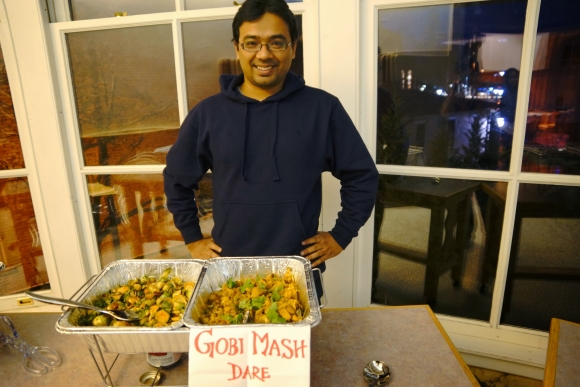 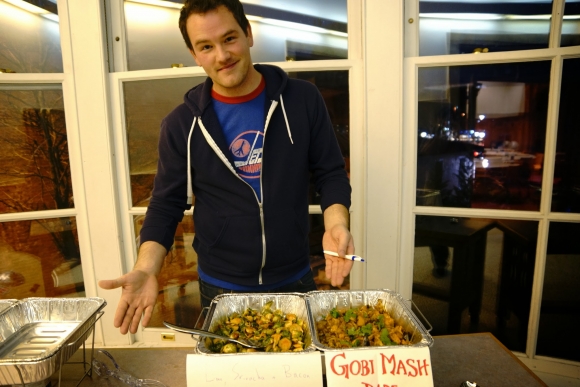 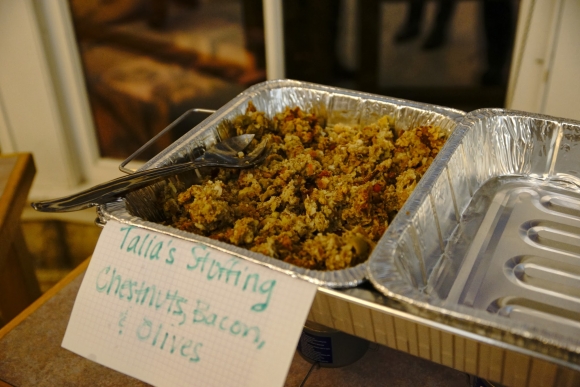 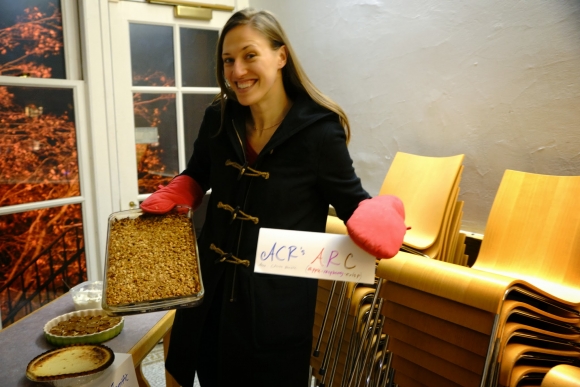 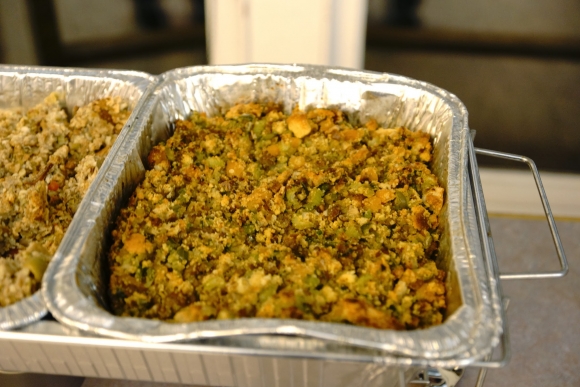 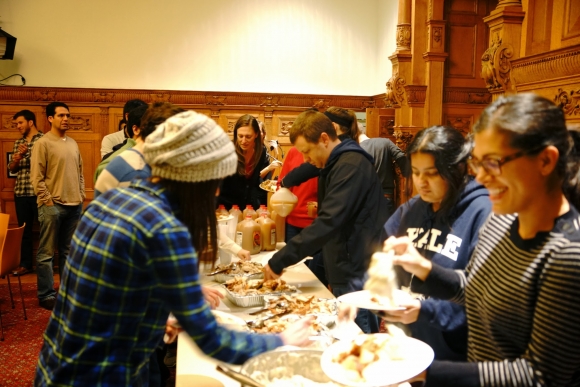 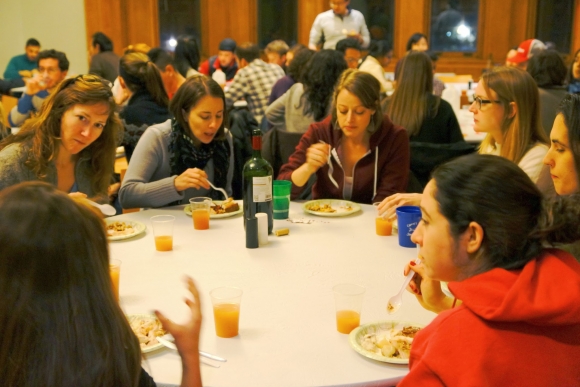 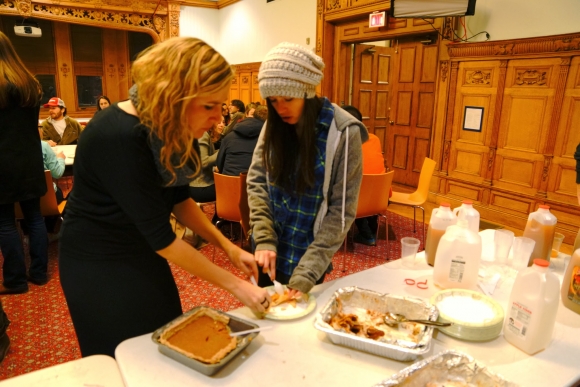 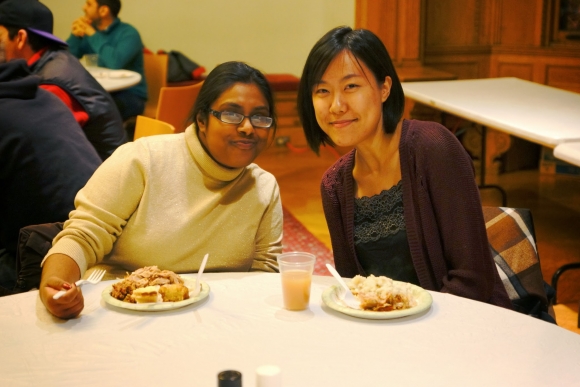