On Thursday I was given a tour of Jakarta by Christian Erwin MAM’13 that included a wonderful Indonesian lunch, a visit to Café Batavia in the city’s historic center as well as a visit to the National Monument which is known as Monas.  Following his year at Yale Christian returned home to Jakarta for a job at Pertamina.  I saw Christian again on Friday, however this time we were in Singapore.  Christian, who was in Singapore for a business meeting, and I joined Michael Tiopan MAM’13 for dinner.   Like Christian, Michael also returned to his pre-MAM home following his year at Yale and works in Singapore as a consultant at CBRE. 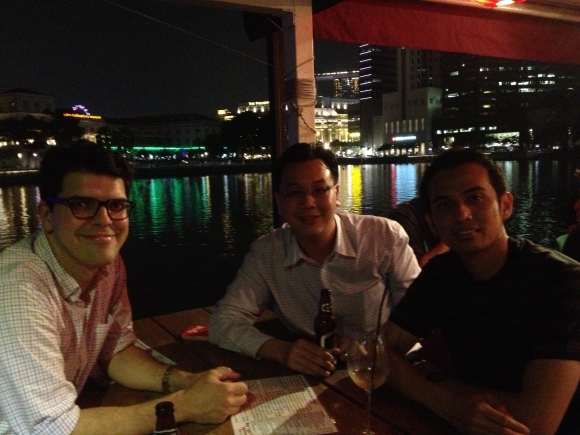 The three of us enjoyed reminiscing about their year at Yale as well as discussing the current MAM cohort and the future of the program.  On my flight the following day I reflected on how nice it was to spend a week that included the past, present and future of the MAM program; a strong signal that the program has established itself as an important and meaningful part of the Yale SOM community.