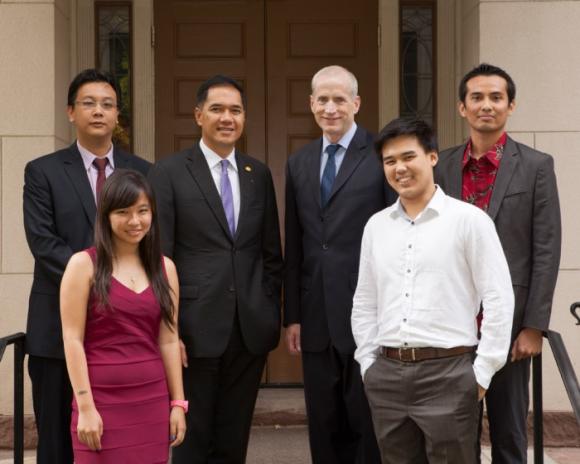 A major highlight for me during my first term in the MAM program was getting to meet Indonesian Trade Minister Gita Wirjawan who visited Yale in September.  I never would have imagined that my first opportunity to meet such a high ranking official from my home country would come in New Haven, CT. After seeing the number of prominent guest speakers from around the world who come to Yale my guess is I am not the first international student to have had such an experience. During his talk Minister Wirjawan highlighted Indonesia’s growth and projections that it will become an even more important economy for Asia and the world.It makes me proud to represent Indonesia at Yale especially during a time in its history when the future is so bright. Data shows that Indonesia has moved positively towards better economic development. Indonesia’s economy in 2011 grew by 6.5 percent compared to the previous year. Indonesia was also one of the few countries last year to achieve export value of more than $200 billion. Moreover, Indonesia was able to double the value of its exports within five years. With a strong demographic dividend and encouraging economic growth prospects, leading economists have projected Indonesia’s current GDP of $1 trillion to reach $3 trillion in 2020.

Indonesia has an important role to play in the world economy and I am pleased that the University of Indonesia, my previous school, is a member of the Global Network for Advanced Management. Selfishly this how I have been given the chance to come to Yale but more importantly the more Indonesia connects with the rest of the world I believe the better it will be for both.