I was very lucky to have the opportunity to do this during Fall Break. Together with my girlfriend, I signed up for a spot in IE Business School during Global Network Week, and being in Madrid, a city very close to really interesting places, I decided to pay a visit to Easy Jet and Ryan Air websites. Fortunately enough I found a good deal for us to take advantage of the break. Paris, Madrid and Marrakech were the chosen destinations.

After spending a day and a half in Paris we arrived to Madrid, ready to meet new people and learn about Spain's current economic situation in one of the top business schools in Europe. I have to admit that at that point all I was thinking was “why didn't I choose to go next Spring to the GNW and instead stayed in New Haven to rest and study?”. Anyway, I was really excited about what was yet to come. Now I am sure it was the best decision I could have taken. 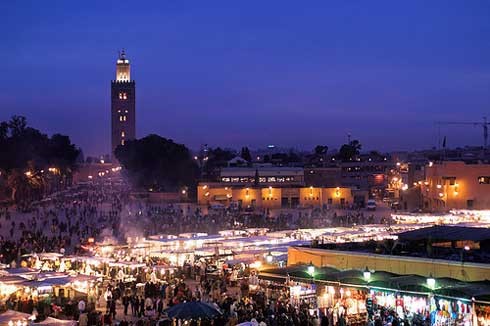 The program at IE Business School was really good, including a couple of visits to the brand new BBVA's Innovation Center and Wayra, the business accelerator pushed by Telefonica. We had the opportunity to witness in real time how a country like Spain, historically strong in many aspects, was living in a huge financial crisis caused greatly by its captivity within the Euro Zone. I saw a group of “new poor” people in Puerta del Sol protesting against the government, but I also saw a 100% occupancy in the bars and restaurants in Plaza de Santa Ana, one of Madrid´s high end and most expensive night life hot spots. It was quite interesting and a bit comforting. 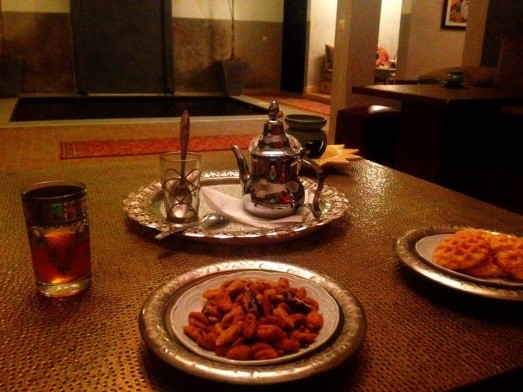 After delivering my final presentation, we took a plane to Marrakech. It was my first time in Africa so I was really excited. We stayed in a Riad which is a special kind of hotel/hostel in the middle of the colorful Jemaa El Fna Square. It was an oasis within the wonderfully aesthetic chaos where Abdul, an old man who managed the Riad, received us with a delicious tea and some just prepared snacks. It was paradise. We had only one day and a half to know the place. So I put on a pair of comfortable tennis shoes and started walking. Today, I am sure that Marrakech is one of the most interesting places I've ever been, and I strongly encourage everyone who is able to go to do it. Two particularly curious facts we discovered while being there: nobody speaks English and they have two different times, the official and the “people's time”. The official time is the one that includes the daylight saving time changes and is used by the government, companies, airports, etc, and the “people's time” is the one the Moroccans like to use, so if you are trying to catch the last shuttle back from the dessert at 6pm you may be in serious trouble if the driver says that for him is already 7pm. In a nutshell, it was a wonderful experience.

On Sunday, we woke up early to fly back to New Haven so we had breakfast in Africa, lunch in Europe when we made a stop in Madrid and dinner in America when we finally arrived to New York.