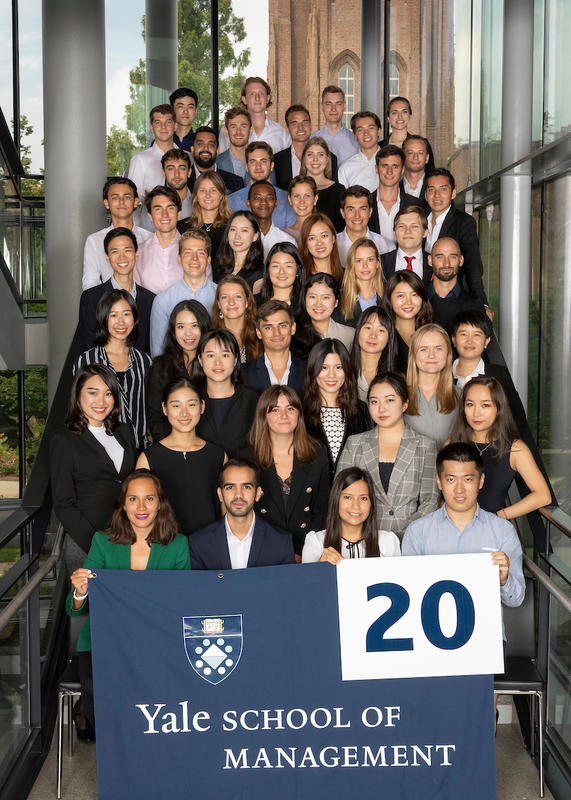 The second class in Yale SOM’s Master’s Degree in Global Business and Society program, which began classes the week of August 26, is a highly global, and accomplished, group.

The 51 students in the GBS Class of 2020, each of whom has received or is studying for a master’s in management at a school in the Global Network for Advanced Management, have citizenship in 19 countries. Forty-seven percent of them have worked or interned in more than one country, and 71% pursued their first master’s degree outside of their home country. The class is 51% women, with an average age of 24.

In addition to their studies, members of the class have pursued a diversity of interests and professional paths. The Class of 2020 includes a licensed soccer referee, a former intern in the office of the secretary general of the United Nations, and a competitive swimmer who also fronted a band for five years. Other have interned at Ernst & Young, Goldman Sachs, the Walt Disney Company, and McKinsey & Company; one served as a non-commissioned officer in the Danish Armed Forces; another studied international hotel management and worked in hotels in five countries. Their volunteer work includes teaching refugees, accompanying a blind triathlete during training, and fundraising for an NGO in Ethiopia.

The GBS program, launched in 2018, is designed to prepare early-career students for global careers. Students spend a year at Yale, taking required courses with a focus on global leadership, management electives created specifically for GBS students, and other electives selected from across Yale SOM and Yale.