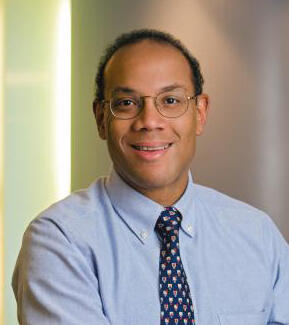 The Dean’s Office and the MBA for Executives program are pleased to announce this exciting Leaders Forum: Colloquium in Asset Management, “A Conversation with John Rogers”

John Rogers is the chairman, co-CEO, and chief investment officer of Ariel Investments.

The conversation will be moderated by William N. Goetzmann, Edwin J. Beinecke Professor of Finance and Management Studies and director of the International Center for Finance.

The Leaders Forum brings the heads of organizations from across all sectors to Yale SOM for discussions about the challenges and opportunities of leadership.

Every time he addresses a corporate boardroom, John W. Rogers, Jr., has one priority at the top of his agenda: to educate everyone around the table on the “stark” financial inequity facing communities of color.

Rogers, the founder and co-CEO of Ariel Investments, encouraged a Yale School of Management audience to join him in this mission during a discussion with students on January 22. Also Ariel’s chairman and chief investment officer, Rogers spoke during an online event, part of the Yale SOM’s Leaders Forum series as well as the MBA for Executives program’s Colloquium in Asset Management.

Unconscious racial bias continues to be a big problem for Black-owned businesses and for people of color in the financial services industry, Rogers said. When he addresses boards, he said he shares “the stark data with them,” pointing to statistics showing a 40-year decline in wealth in the Black community.

Business can also do a great deal to bring opportunity and wealth to communities of color through more equitable hiring and contracting practices, Rogers said. He charges board members to keep track of what he calls the “Three Ps”—purchasing, personnel, and philanthropy—when it comes to equitable practices in communities.

Today, society is changing quickly, making greater strides toward recognizing and addressing inequities of all kinds, Rogers said. This trend is apparent in the growing insistence that businesses adhere to environmental, social, and governance (ESG) principles. “People understand it’s the right thing to do,” Rogers said. “And the next generation of leaders understands you won’t be able to be a successful business if you’re not on top of these important issues.”