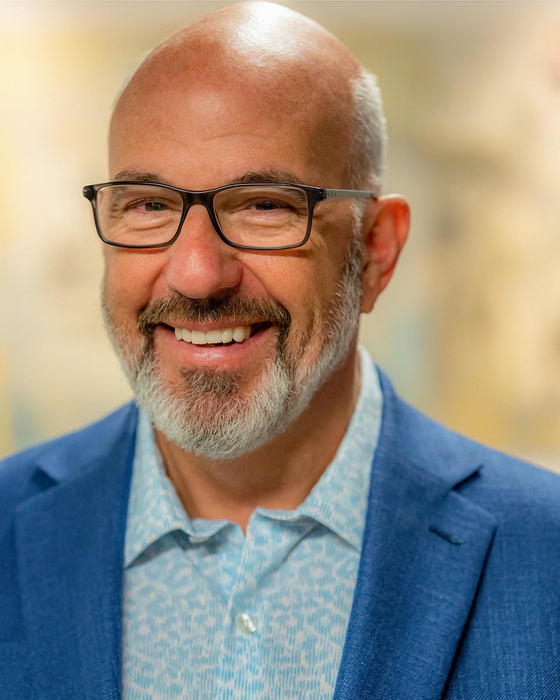 In this talk, Jeff Hoffman YC ’83 will talk about dealing with change, especially with the increasingly fast pace of new technologies and challenges.

Hoffman will take the audience through a look of the latest developments in artificial intelligence, virtual reality, augmented reality, holography, wearable tech, and much more.

The conversation will be moderated by chief Academic Officer, Deputy Dean, and BearingPoint Professor of Operations Research Edi Pinker.

Hoffman is an award-winning global entrepreneur, proven CEO, worldwide motivational speaker, bestselling author, Hollywood film producer, a producer of a Grammy winning jazz album, and executive producer of an Emmy Award winning television show. In his career, he has been the founder of multiple startups, he has been the CEO of both public and private companies, and he has served as a senior executive in many capacities. Hoffman has been part of a number of well-known successful startups, including Priceline.com/Booking.com, uBid.com, and more.

The Becton Fellowship Program was established at the Yale School of Management in 1980 by Becton, Dickinson & Co., a leading global medical instruments supplier, in honor of Henry P. Becton ’37 B.S., company chairman (1961-1987), to bring practitioners from private and public institutions to share their professional insights with faculty and students.

The art of innovation is all about drawing inspiration from the world around us and translating it into ideas that improve people’s lives, entrepreneur and author Jeff Hoffman told a Yale School of Management audience during a December 9 talk.

In a presentation titled “Inspiring Innovation,” Hoffman, a 1983 Yale College graduate, dispelled what he called the popular “misunderstanding of what innovation is all about.”

“A lot of people think innovation happens in the shower when you suddenly have an idea,” Hoffman said. “It pops up.” The truth, he went on to explain, is a lot more practical and attainable.

Hoffman has been part of a number of successful startups, including Priceline.com and uBid.com. He is a motivational speaker, bestselling author, Hollywood film producer, producer of a Grammy-winning jazz album, and executive producer of an Emmy Award-winning television show.

Hoffman spoke at Yale SOM as part of the Becton Fellowship Program, which convenes leaders from the private and public sectors to share their insights with students and faculty. Deputy Dean Edieal Pinker, BearingPoint Professor of Operations Research, moderated the discussion.

Hoffman discussed the practices that, he said, successful business people use to foster fresh ideas and innovation in their organizations. One cardinal rule is to look beyond one’s own business or industry. “Innovations come from looking to see what the rest of the world is doing and maybe if you could borrow from that,” Hoffman said.

He described three practices that innovators use to “open their minds.” The first is to strive to maintain the curiosity of a child.

“Adults stop wondering,” Hoffman said. “We stop seeing the world around us.” His team hosts “question everything like a five-year-old days” twice a year, he said; rethinking practices and premises led to the discovery of inefficiencies that streamlined the office’s operations budget by 40% one year, he said.

Hoffman calls the second practice “info sponging.” It involves dedicating some time each day—even 10 or 15 minutes—to learn one new thing outside your industry, and keep a running list. Innovation occurs when patterns or themes emerge from the list, suggesting solutions to problems. The inspiration for Uber, for instance, was drawn from its founder noticing issues of traffic congestion, the need for some people to have secondary “side hustle” jobs, and air pollution.

“Arrange the puzzle pieces in ways no one else has thought of,” Hoffman said.

The final practice involves work teams taking time to “reinvent their industry, with no regard to previous methods, legacy systems, budgets, or other constraints.” Hoffman’s company holds these “Blue Sky Sessions” once a year, and everyone is invited.

While many of the ideas won’t be actionable, Hoffman said the point is to stimulate fresh approaches to old problems: “Just let the crazy ideas fly.”