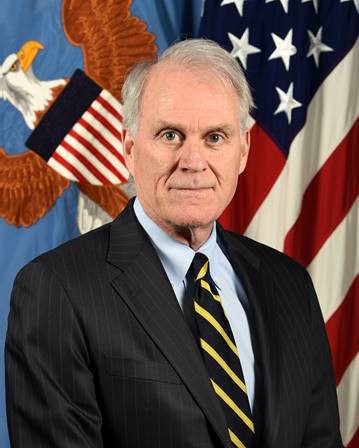 In today’s competitive environment leaders are continually analyzing the optimization of their enterprises. There are unintended by-products of continual optimization that can produce chains of events that can have detrimental effects on the organization. The Navy conducted multiple comprehensive reviews, and a constant theme evolved that impacted operational, managerial, and ethical decision making, which will be discussed in this session.

Richard V. Spencer was the 76th Secretary of the Navy. He was sworn into the office on August 3, 2017. Prior to that he was managing director of Fall Creek Management LLC, which focuses on value enhancement of private companies through capital investment and advice.

The conversation will be moderated by Professor Jeffrey Sonnenfeld, senior associate dean for leadership studies and Lester Crown Professor in the Practice of Management.

The Becton Fellowship Program was established at the Yale School of Management in 1980 by Becton, Dickinson & Co., a leading global medical instruments supplier, in honor of Henry P. Becton ’37 B.S., company chairman (1961-1987), to bring practitioners from private and public institutions to share their professional insights with faculty and students.

This event is open to the Yale community. Registration is required.

When Richard V. Spencer assumed the role of 76th secretary of the United States Navy in August 2017, he says, the ill effects of 16 years of “optimization”—streamlining operations as resources shrank—were evidenced by both lives lost and a morale account that was overdrawn. During a talk at the Yale School of Management on February 6, Spencer likened his efforts to effect institutional change to that of a “corporate turnaround.” “After 16 years of war and deploying our troops probably much faster on a rotational cycle than we should have…the fundamentals of the United States Navy had worn away and eroded,” said Spencer. “We’d been running the machine at 100%, low on oil, with bad fuel.”

The technical solutions to the problem would include more and better training for surface warfare officers (SWOs)—officers who serve on Navy ships—but addressing the human side of the equation was equally important to ameliorating the situation, he said.

Spencer, who was fired from his position in November 2019 after clashing with President Donald Trump over the court martial of Navy SEAL Eddie Gallagher, spoke as part of the Becton Fellowship program. The lecture series was established at the Yale School of Management in 1980 by Becton, Dickinson & Co., a leading global medical instruments supplier, in honor of Henry P. Becton ’37 B.S., company chairman (1961-1987), to bring practitioners from private and public institutions to share their professional insights with faculty and students. The conversation was moderated by Professor Jeffrey Sonnenfeld, senior associate dean for leadership studies and Lester Crown Professor in the Practice of Management.

In his talk, titled “Optimization, Decision Making, and Ethics,” Spencer said that the lessons he learned and the tools he honed as secretary of the Navy—especially those related to crisis and risk management and ethical leadership—can be applied readily in the private sector. One such lesson came from Spencer’s efforts to restore the esteem of the Navy, both internally and externally, after years of management that prioritized optimization. After leading comprehensive and strategic readiness reviews to determine pain points within the institution, Spencer realized the problems were deeper and broader than first anticipated—and that they would require not only technical solutions, but also behavioral interventions.

“One of the things we found in the reviews was that there was a lagging of pride in the SWO community,” said Spencer. “As simple as this sounds, we gave surface warfare officers a leather jacket…and a log book to record how many dockings they do [to inculcate a sense of pride]. That was a meaningful step forward on a human basis.”

Spencer urged the Yale SOM students in the audience, “As you become managers, know that every single lever should be used. The obvious information will come out in the data and in strategy, but don’t forget the human behavior element—it’s a huge lever.”

Spencer also advised students to develop and adhere to a “true north,” which will serve them well in times of crisis. He credited his Christian upbringing teaching right and wrong, years of education, and a commitment to honing a personal ethics with helping him handle the Gallagher affair.

“When it came time to make the decision [to not proceed as the president wished], it was the easiest decision I’ve had to make,” he said.