WATCH the livestream of the event

Join us for a discussion on the impact of blockchain technology in business.  Across civilizations, business and financial innovations have been closely linked with social developments.  In light of the excitement around blockchain technology, and the fact that most innovations fail, we will explore what would make this technology sustainable in the long run.  This will rely on the right regulations, business models, and overall economic incentives.

This conference is part of a larger YBlockchain? series of discussions that will take place over the academic year. Each session will focus on a different theme within blockchain and will be presented through a variety of panels and keynote addresses by leading practitioners and academics in the field.

The event will start promptly at 4:30pm in classroom 2400 at the Yale School of Management.

We hope to see you there! 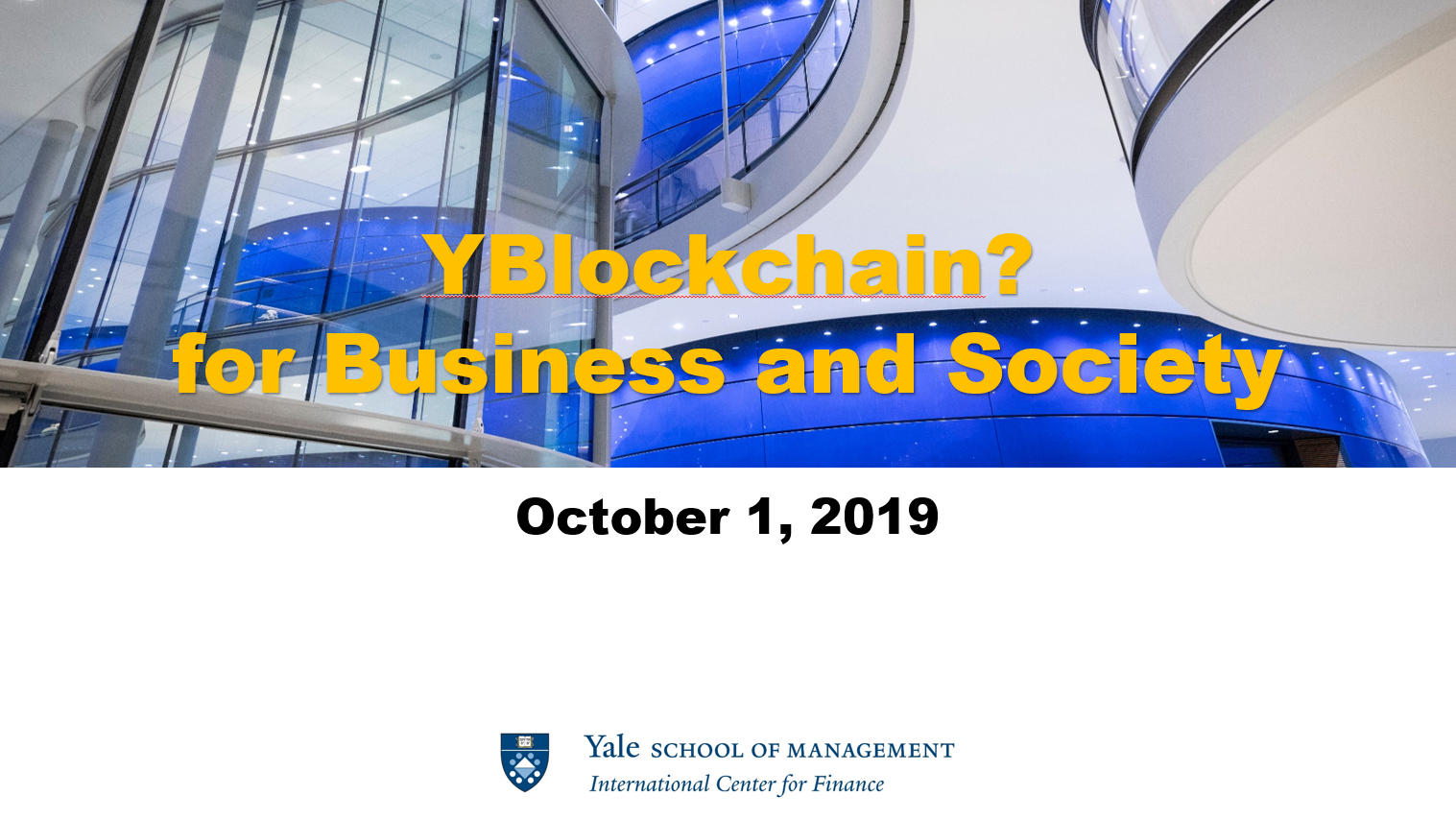