Please join us for a Becton Fellowship lecture titled “Technology, Artificial Intelligence, Robotics, the Future of Work, the Future of the American Economy and Democracy.”  It’s a conversation with Richard Trumka, president of the 12.5-million-member American Federation of Labor and Congress of Industrial Organizations (AFL-CIO), the largest organization of labor unions in the country.

An outspoken advocate for social and economic justice, Trumka is the nation’s clearest voice on the critical need to raise workers’ wages in this slow and painful recovery from the Great Recession. Trumka began his career as a coal miner and continued to work in the mines as he attended Penn State University and Villanova University Law School.  In 1982, at age 33, he ran on a reform ticket and was elected the youngest president of the United Mine Workers of America (UMWA). There he led one of the most successful strikes in recent American history against the Pittston Coal Company, which tried to avoid paying into an industry-wide health and pension fund. Trumka joined an insurgent campaign and was elected secretary-treasurer of the AFL-CIO in 1995. He became the federation’s president in 2009. 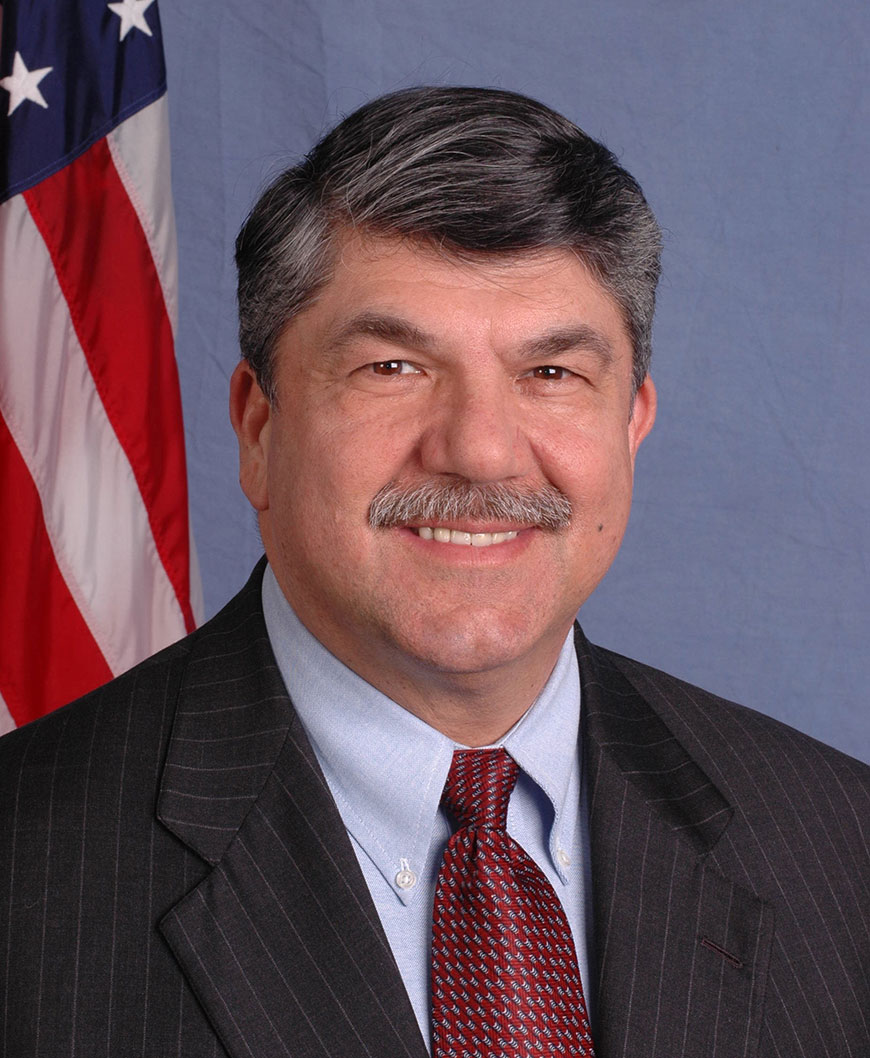 Truma heads the labor movement’s efforts to build broadly shared prosperity and to hold government and employers accountable to working families. He is a tireless advocate for good jobs and for strengthening the middle class by restoring workers’ freedom to join and form unions. He works passionately to end unfair trade practices and support U.S. manufacturing. His innovative leadership has established investment programs for union pension and benefit funds in order to create long-term value for workers. He challenges excessive corporate power and abuses of workers’ rights here and abroad. He has confronted racism and classism head on—from apartheid in South Africa to mass incarceration and immigration reform in the United States.

The role of collective bargaining in American society is being revised, as the labor movement contends with the sweeping workforce changes that technology has brought to the global economy. But unions, according to AFL-CIO President Richard Trumka, are far from passé.

“People are angry,” Trumka told students at the Yale School of Management on May 2. “This system isn’t working for them, and they’re looking for a way to change the system and change the rules for them. Noting the impact of the student-led gun-control efforts, the Black Lives Matter and #MeToo movements, and recent teachers strikes, he said, “Collectivism in the United States is alive and well and on the rise.”

Trumka spoke at Yale SOM as part of the Becton Fellowship Program. Led by Senior Becton Fellow and Yale SOM Board of Advisors Chair Timothy Collins ’82, the program hosts leaders from around the world for lectures, classroom visits, and candid conversations.

In a spirited discussion moderated by Collins, Trumka touched on topics including the ideal management-labor relationship, today’s social movements, the role of unions in addressing income inequality, and how the wealth generated through technological advances will be shared.

“We have a society that’s about to face a massive change from the influx of automation, artificial intelligence, and technology,” he said. “We have to start to debate how the benefits get divided.”