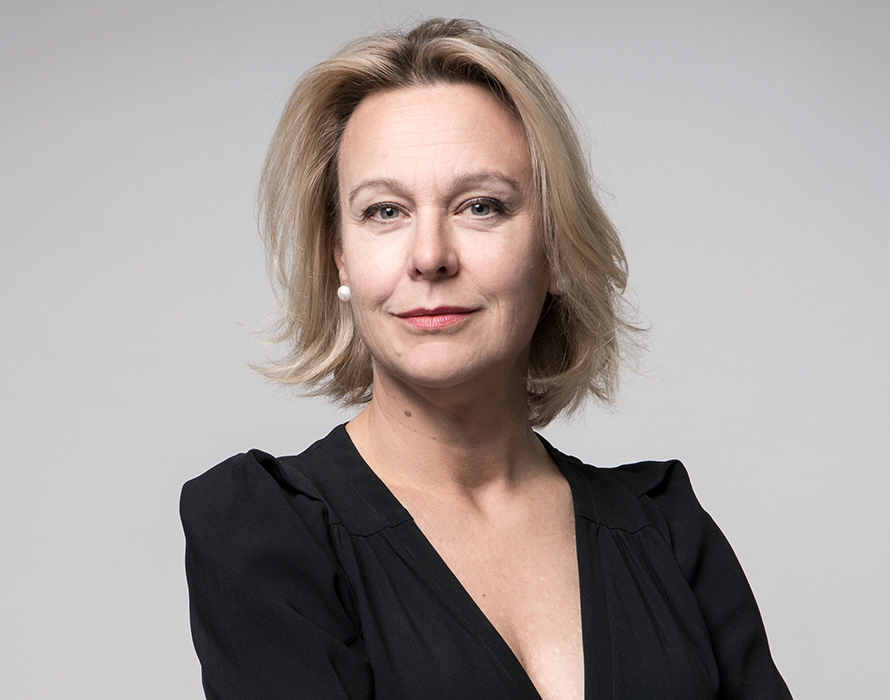 Please join us for a Conversation with Christy MacLear, Vice Chairman of Art Agency Partners/Sotheby's. Ms. MacLear's work is focused on creating an advisory practice for artists, estates and foundations.

She will be joined in conversation by William N. Goetzmann, Edwin J. Beinecke Professor of Finance and Management Studies & Director of the International Center for Finance.

This event is open to the Yale Community.

Christy MacLear has spent much of her career in the art world, she told students on April 18, but her approach is fundamentally that of an MBA.

“I’m a business strategist who works in the cultural realm,” she said.

MacLear is vice chairman of Art Agency Partners, a subsidiary of the venerable auction house Sotheby’s that helps artists manage their financial and artistic legacies. She spoke as part of Yale SOM’s Colloquium on Business and Society, in a conversation with Prof. William Goetzmann.

Before joining Sotheby’s, MacLear, a graduate of the Wharton School, had a series of roles in which she reinvented the business model for artistic assets in order to make them financially sustainable. For example, she served as executive director of the Glass House, a site in New Canaan, Connecticut, that includes the architect Philip Johnson’s iconic structure as well as other buildings and a collection of art.

The problem, MacLear remembered, is that even the most passionate architecture fan would visit a historic house museum only once. “The business model for historical sites was broken,” she said. But she saw that the Glass House could reflect the central role of Johnson and his partner, the curator and gallerist David Whitney, in the mid-20th-century art world. “It wasn’t just about visitation,” she said. “It could be the center for modernism for the National Trust for Historic Preservation—making the mission one of continuous relevance and driving return visitation.”

MacLear later was named the first CEO of the Robert Rauschenberg Foundation, two years after the artist’s death. Rauschenberg’s estate had substantial assets, including his own artwork, his collection of other artists’ work, real estate, and other investments. But it also had considerable costs. MacLear led the sales of some real estate and other artists’ work, giving the foundation financial stability. The next step was determine how the foundation would make use of its assets. Rauschenberg hadn’t left instructions for the use of his wealth. But the values expressed in his own life served as a guide, Maclear said.

For example, Rauschenberg was an environmentalist, designing the poster for the first Earth Day. “He was a global artist,” MacLear added. “He was highly collaborative. We developed all of our grantmaking through that lens.”

The experience of developing a mission for the Rauschenberg Foundation has informed MacLear’s work at Art Agency Partners, where part of her role is to help living artists think through their priorities for their own legacies. It is an increasingly important question as the prices of contemporary art balloon and major artists of the late 20th century reach old age. “We’re at a moment in history where artists have a great deal of wealth,” she said. “You have a set of baby boomer artists who are aging and the use of their work and wealth can be directed more clearly by them and their families.”

While eyebrow-raising prices get the most headlines, the art world is going through a series of transformative changes, MacLear said. New technology, including blockchain, the centralized ledger behind Bitcoin, could change the way in which art is authenticated. Financial innovation, including donor-advised funds for artwork, could make the art market less opaque. And artistic institutions are starting to grapple with the historic bias toward women artists and artists of color. “ A lot of museums have very specific, monetarily-backed intentions to do this,” she said. Such efforts will start to carry through to the rest of the art world, which takes its cues from museums. “I think that’s the best sign possible.”