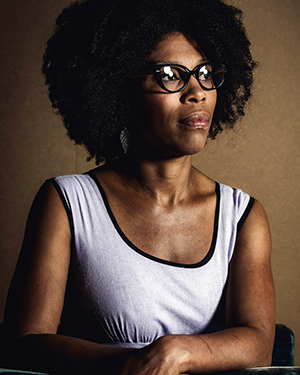 Members of the Yale community are invited to join us on Tuesday, February 6 for Convening Yale: “The Longue Durée of the Anti-Rape Movement and Why it Matters.” The talk will discuss the long history of sexual violence and why it matters in the current moment of “#MeToo and will feature Crystal Feimster, associate professor in the African American Studies Department, American Studies Program, and the History Department.

Feimster is the author of Southern Horrors: Women and the Politics of Rape and Lynching.

This lecture is part of the Convening Yale lecture series. Convening Yale presents talks by faculty and leaders from throughout Yale University, who share their research and expertise and help students broaden their understanding of an increasingly complex world. The Convening Yale series is made possible through the generous support of the Robert J. Silver ’50 Fund for Innovation in Management Education.

This event is open to the Yale Community.

Black women in the United States have played a pivotal role in the struggle against sexual violence and harassment, a fight that continues today and touches women of all ethnic backgrounds, according to Crystal Feimster, an associate professor in the African American Studies Department, the American Studies Program, and the History Department at Yale University.

Feimster discussed her research with students at the Yale School of Management on February 6 as part of Convening Yale, a lecture series that invites scholars from across the university to share their work with Yale SOM students. In a talk titled “The Longue Durée of the Anti-Rape Movement and Why it Matters,” Feimster explored the history of sexual violence against women in the United States and how it has shaped the current #MeToo movement.

Feimster is the author of Southern Horrors: Women and the Politics of Rape and Lynching. Her research focuses on the experiences of black women in the late 19th and early 20th centuries and how they helped fuel anti-rape activism. “This is a long history,” Feimster said. “Rape is not anything new.”

Black women in the days just after slavery ended in the South were particularly important in the rise of the nonviolent movement against sexual violence, Feimster said. But while her focus is on black women, Feimster said, her work also includes “moments of intersection when black and white women have worked together on issues of rape and sexual harassment.”

Feimster encouraged today’s activists to recognize the alignment between early crusaders—whose struggle focused largely on issues of rape and race—and members of the #MeToo movement, but without taking the narrative out of its historical context.

“We are now in a different time and a different place,” she said, explaining that the majority of female rape victims today are raped by people they know, who are members of their own ethnic group. “We need to focus on the systemic, institutional ways that sexual violence and harassment function to keep women economically, and emotionally, dependent on men, especially for protection,” Feimster said, “not on individual cases or people, but on the structure and the way that our society functions.”