A team of Yale School of Management students placed in the top 5 finalists out of over 100 teams at the 3rd edition of the McGill International Portfolio Challenge (MIPC), the world’s premier buy-side university finance competition, hosted by McGill University, Montréal, Canada, on November 8th and 9th 2019.

Approximately 340 participants across the over 100 teams from 87 universities participated in the first round, out of which 25 teams made the semi-final round and were invited to McGill University, Desautels Faculty of Management, Montréal, Canada to present their proposals to a panel of Canadian institutional asset management industry leaders.

Yale SOM’s team, comprised of Executive MBA Class of 2020 students in the Asset Management track, Adam Perlaky ’20, Ryan Sitarz ’20, Gbenga Omosuyi ’20 and Mike Gacek ’20, with Professor Roger Ibbotson, as their Academic Advisor, after a very difficult and intense semi-final round, were judged and selected as the 5 finalists for this year’s competition. The finalist teams were recognized for their accomplishments - by Jean Charest PC, former Deputy Prime Minister of Canada and former Premier of Quebéc, Geoffrey Rubin, Senior Managing Director and Chief Investment Strategist at CPPIB, and Sebastien Betermier, Associate Professor of Finance, McGill University and Faculty Director, MIPC - at an awards dinner ceremony held in their honor at the Ritz Carlton, Montréal.

The Yale team’s proposal, focused on integrating “human capital” alongside the asset manager’s “financial capital” in the portfolio allocation strategy. This differentiating approach was judged as “one of the strongest of the entire competition – confirmed by the industry experts… and particularly creative while remaining pragmatic and cognizant of the concerns of the board members” noted MIPC Faculty Director, Professor Betermier. 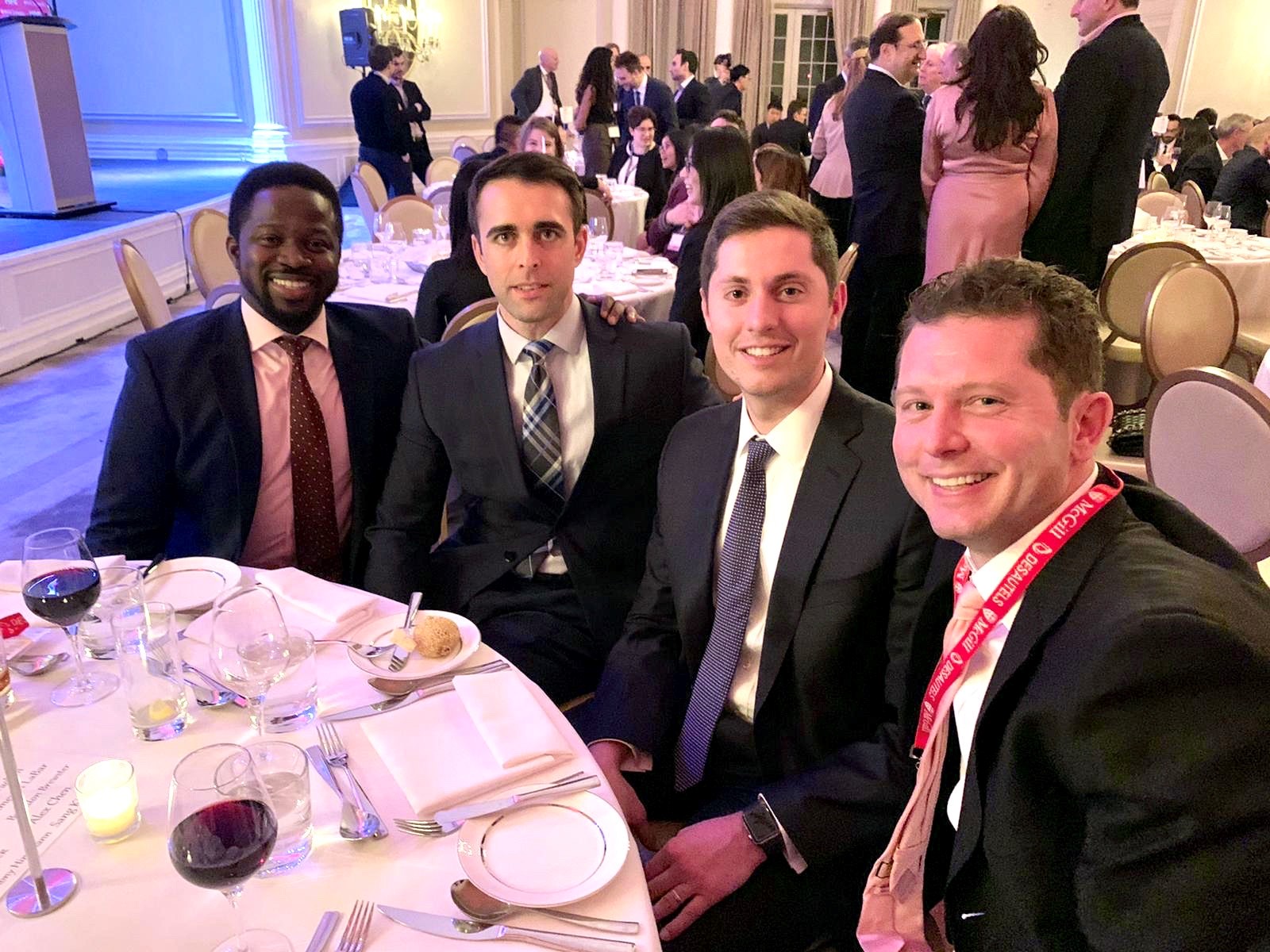