On June 2, 2017 I arrived for the first time in New Haven for a meeting with Professor William Goetzmann. Back then, I was a research fellow at Artnet in New York working on a project about the performance of female artists at auctions as a part of my PhD in Finance at Maastricht University. With a research interest in art markets I was very excited to meet with one of the most renowned scholars in this academic niche. Following a friend’s recommendation, my first stop in New Haven was the Yale Art Gallery. I was very impressed to find such a well curated collection in a town located 2.5 hours away from New York City by Metro North. I was no less amazed when I arrived at the futuristic and lucent SOM building that afternoon. In this first meeting with Professor Goetzmann, we discovered that besides sharing an interest in art we were also both working on the same research idea. I left the city full of enthusiasm and with a large ice cream from Arethusa.

Thanks to the diligent support from ICF’s Leigh Ann Clark, I returned in January 2018 to a more winterly cityscape of New Haven to spend my final graduate student year as a Visiting Assistant Researcher (VAR) at the Yale SOM Finance department. Capitalizing on our common research agenda, one of the first highlights during my time at SOM was the joint organization of the Yale Symposium on Art and Gender which took place in March. We joined forces with yet another group of scholars (Renée Adams and Roman Kräussl) who were investigating the gender divide in the art market to organize a day that brought together an impressive line-up of academics, art advisors, collectors, entrepreneurs, journalists and fine art students to examine the phenomenon from a multi-stakeholder perspective. Even my advisor and author of the Tefaf report, Rachel Pownall, made it from Europe. While our three studies showed empirical evidence of underrepresentation, a higher bar as well as underperformance of female artists at auction, the panel discussions provided insights on what the drivers might be as well as which roles institutions should play. For instance, Andy Augenblick from Emigrant Fine Art explained that there is so far no international market for many grand female artists as some gallerists perceive that collectors from emerging countries are not yet open to female art. The art advisor, Megan Fox Kelly, raised the hopes of the Yale fine arts students in the audience by reassuring that the situation for women kept improving in the primary (gallery) market. In addition, SOM Professor Jonathan Feinstein provided interesting input on the nature and evolution of creativity in the arts. Overall, the event had a very energetic and positive atmosphere leaving everyone in the hope that next year the conversation in the art market would be a different one.

I am incredibly grateful to Yale SOM, the ICF and in particular Professor William Goetzmann as well as SOM’s PhD students for welcoming me and giving me the opportunity to participate in their day-to-day life as a PhD student in Finance at Yale. It has been an exceptional year so far. I still have a few months left before I return to Europe but I already know that I will miss the inspiring brainstorming sessions with Yale’s bright scholars of various disciplines, focused research sessions at my favorite window spot, lunches with my fellow PhD students as well the SOM service staff’s charismatic remarks. 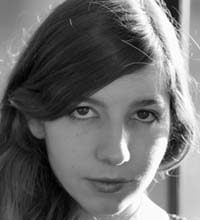 About Marina Gertsberg: Marina Gertsberg is a PhD candidate in Finance at Maastricht University and currently a visiting scholar at the Yale School of Management. Her main research interests are related to the art market and the economics of conspicuous consumption goods. In her recent work she investigates the performance of female and male artists at auction with a particular focus on the top of the market where most of the revenues are concentrated. In some of her other work she studies art dealer strategies at auction using network analysis. Marina Gertsberg obtained her BSc and MSc in Finance and Strategy from Maastricht University.