Stress. That’s one dimension in which 2020 has outperformed the average year. There is COVID-19; there is the precarious global economy; there is social isolation. All of this might push you toward the familiar solace of seeing friends and family—but don’t! You need to keep your social distance! 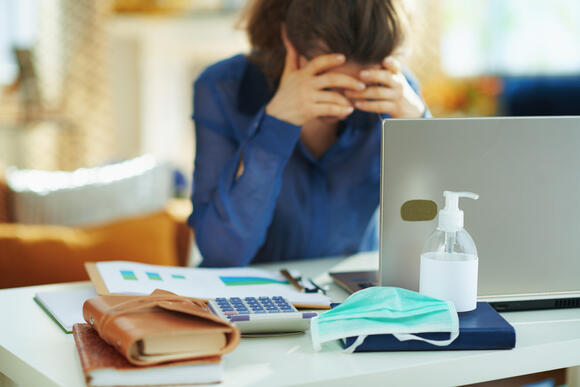 The fact is, people under stressful circumstances seek familiar habits, even “if the result is yet more stress, and the exacerbation of the very causes of that stress,” according to Taly Reich, of Yale SOM. We eat unhealthy comfort foods when fretting about obesity, for instance, even though this predilection for the familiar “is exactly contrary to the stressor causing it.”

In a paper published in Psychological Science, Reich and three coauthors explored this paradox with two striking experiments. In the first one, participants viewed a photo of an individual along with basic demographic information. From this, they inferred the person’s personal preferences. This exercise was designed to breed a sense of familiarity with an otherwise unknown face on a computer. After this step, participants undertook a complicated word puzzle on either two or three passages of text; they got to choose. Some participants had unlimited time, while others were given four minutes. Successful completion earned them a chance to win $50.

“All explicit objective evidence disfavored choosing the longer task option in the time-pressure condition,” the researchers write. And yet, when participants learned that the longer, three-passage text was written by the person they had “met” at the beginning of the experiment, they were inclined to choose that one. “Thus, time pressure increased choice of a familiar option, despite evidence that this option might actually exacerbate such pressure,” write Reich and her colleagues. And exacerbate it did: those who were under time pressure and chose the longer task found it more stressful and difficult.

“The results clearly outlined how time pressure and familiar options can, together, distort decision-making,” the researchers write. “Because familiar options are viewed as safer than unfamiliar options, pressure magnifies their attractiveness, even when they are in fact exactly contrary to the very source of that pressure.”

Feelings of safety, of comfort, inspired by the familiar may be partially responsible for the unexpected and irrational decisions people made in this study. Another prospect worth further exploration, the researchers say, is the way in which familiar choices can instill in us a sense of certainty, even when all else feels very uncertain.

Reich and her colleagues could not, of course, have known about the novel coronavirus when they began this work, or when they wrote up the results. They were simply, as they put it, contributing to the broad academic literature “on self-defeating and self-destructive behaviors caused by negative or mismanaged emotional states.” But present in the heart of their findings is a prescient insight about how we, collectively, must manage our behaviors in order to resume a recognizable daily rhythm. Sure, life feels alien right now. But it should. “Whatever it may signal,” they write, “familiarity is not synonymous with safety.”