The Yale School of Management is pleased to announce that Seth Farbman, former Chief Marketing Officer of Spotify, will become the school’s next Executive Fellow beginning in December 2018. Farbman has been active in the SOM community since 2015, serving as a guest speaker in the course “Strategic Marketing Leadership:  The Role of a Chief Marketing Officer,” taught by Professor Ravi Dhar.

“Seth’s presentation was always well-received by students,” says Dhar. “His unique experience having led marketing organizations in both traditional industry as well as in rapidly growing, dynamic digital markets brings valuable lessons and insights for Yale students and faculty.”

As an Executive Fellow, he will be embedded in the life of the school, regularly sharing his expertise with students, and offering a glimpse into the experience of a senior executive. 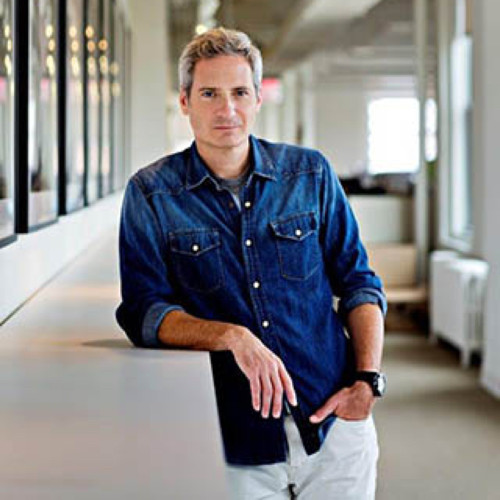 This spring, Seth will be featured in the Marketing Leadership Colloquia series, a lunchtime presentation sponsored by the Yale Center for Customer Insights, which has featured leaders such as Laura Walker, President & CEO of New York Public Radio, Emily Culp, CMO of Keds and Tom Ascheim, President of Freeform.

Farbman joins Yale after serving as Chief Marketing Officer at Spotify. During his nearly four-year tenure, the company grew more than ten-fold to almost 200 million customers in 65 countries--becoming the world’s largest music streaming service and one of the brands most admired by the Millennial Generation. Seth managed Spotify’s B2C and B2B marketing teams, as well as the public relations, customer support, brand, creative and design, marketing sciences and analytics teams. As Spotify’s founding CMO, Seth helped the company accomplish one of the most successful public offerings in a decade.

This past year, Seth was named the World’s Most Innovative CMO by Business Insider and, for the seventh year in a row, ranked one of Forbes’ Most Influential CMO’s. He was also recognized amongst the most creative people in the world by Creativity. While at Spotify, the internal marketing and communications team Seth built was named Advertising Age’s 2018 Agency of the Year. At the Cannes Lions International Festival for Creativity, Spotify was awarded 11 Lions and named the 2018 Brand of the Year.

Before Spotify, he was the Chief Marketing Officer for Gap, then the world’s largest specialty apparel company. Previously, Seth was the Founder and President of OgilvyEarth, one of the first sustainability-focused marketing consultancies and part of the WPP/Ogilvy agency network. Seth began his career as a journalist, and has an M.S. in journalism from the S.I. Newhouse School of Communications.