In this blog series, the Yale ICF will highlight ICF Advisory Board Members who are practitioners from various finance fields and alumni of the Yale School of Management and/or Yale University. Our board members enjoy giving back to the Yale community by participating in panels, guest lecturing, and taking part in Q&A sessions with students. Their generous financial support allows the Yale ICF to host events, sponsor academic initiatives, provide research support to faculty, and much more. The Yale ICF is grateful for their continued support! 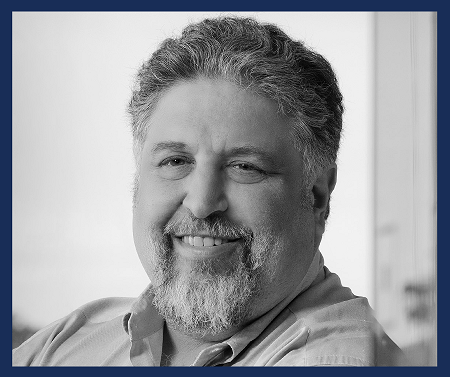 Andrew J. Redleaf YC ‘78 is the Former CEO & Founding Partner at Whitebox Advisors LLC. He is also the Honorary Chair of the Yale ICF Advisory Board.

What is your current role and industry?

Money management, banking, and personal investing. I am the principal owner of a state chartered commercial bank ($1bn in assets). With the bank, my role is something like a board chair, although I am occasionally directly involved in the asset and liability sides of the bank. On the money management side, I recently launched a new hedge fund/advisor. As a startup I wear multiple hats: strategist both for the business and the portfolio, chief executive, and head of marketing.

How did you get into this field?

My father was a physician with a hobbyist’s interest in investing. My operating assumption entering college was that I would be the same. Sometime during my freshman year, the possibility of becoming an academic mathematician entered my mind along with the conviction that I did not want to take chemistry and biology. I was planning on getting a PhD in math when I stumbled upon a job trading options at a regional brokerage firm. I had thought a lot about option pricing and the field did not really exist yet, making my knowledge unusual and potentially valuable.

What are the biggest challenges and opportunities that professionals in your industry face today?

The challenges and opportunities are the same. Generically, the financial sector outgrew the economy for decades. I believe it will be shrinking for the foreseeable future. Asset prices are high across the board, and correspondingly prospective returns are low. The industry is extremely regulated and doing anything takes more time and more firms than anyone would imagine.

What advice do you have for someone new to the industry?

It’s critical to find or create a niche. What aren’t people doing that should and could be done? Why not? What conventional wisdom or practices are you sure are wrong?

Attracted at first to the still newly organized options markets, where he could use his math skills to advantage, Andrew Redleaf began his career as a trader for Gruntal Securities. Within two years, having had amassed a significant nest egg, Mr. Redleaf secured an independent seat as a CBOE (Chicago Board Options Exchange) market maker. In his early years at the CBOE, Mr. Redleaf began to develop some of his distinctive insights into relationships between markets. It was during this period that he began to understand prices were best viewed not by what was inside markets, but by what lies between them. The larger lesson was to look for opportunities in market structure and other behavioral eccentricities, which has been the cornerstone of his success since then.

In 1999 Mr. Redleaf left Deephaven to start a family of hedge funds under his direct leadership. He founded Whitebox Advisors, a $5.5 billion multi-strategy hedge fund with offices in Minneapolis, Austin, London, and Sydney.

In 2010 Mr. Redleaf authored “Panic: The Betrayal of Capitalism by Wall Street and Washington,” which was celebrated by the New York Times and others for predicting the mortgage crisis long before the event.