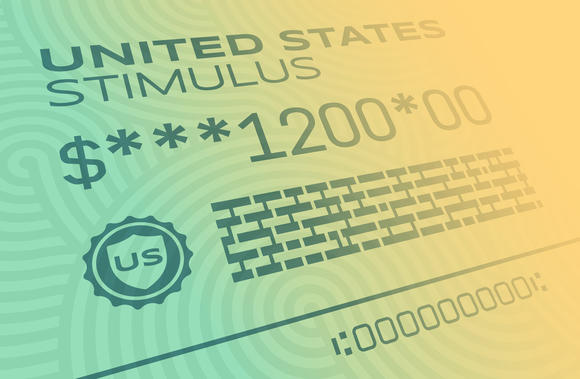 On March 27, 2020, as the COVID-19 virus continued to wreak havoc on the U.S. economy, President Trump signed into law what is believed to be the largest economic stimulus package in U.S. history.[1] In addition to authorizing spending across a wide range of initiatives, the package grants most Americans a one-time payment of up to $1,200.[i] While eligibility and benefit amounts will vary depending on income and family status, many adults in the U.S. will soon receive checks. One important question that will help determine the impact of the stimulus package remains: what will Americans do with their checks?

Why hand out cash?

Consumer spending is a vital component of the U.S economy, accounting for approximately 70% of the U.S. gross domestic product.[2] As the COVID anxiety deepens, data suggests that consumers’ appetite to spend is plunging.[3] Reductions in discretionary consumer spending also come as many Americans are likely trying to find ways to cover basic expenses. Data suggest that most American families are not well prepared to weather financial shocks. According to The Pew Charitable Trusts, 41% of families lack funds to cover a $2,000 expense.[4] By handing cash to everyday citizens, the government hopes that consumers will use the money to purchase goods and services, providing fuel to the economic engine.

Traditional economics assumes that individuals make rational, informed decisions around spending and saving. After receiving a stimulus payment, individuals might spend or save according to their rational assessment of future incomes and how likely they are to need those funds in the future. [5]

Behavioral science, however, suggests that there is more to the story. Two prominent behavioral concepts, mental accounting and framing, may play an especially important role in how consumers decide to use stimulus checks.

While traditional economics suggests that changes in an individual’s wealth, regardless of the source, are treated the same, behavioral science explains that mental accounting plays an important role in consumer decisions around spending or saving. Much like a business monitors its income and expenditures, consumers use mental accounting systems to track income and expenses, assigning them to various “budgets” or “accounts”.[6]

For example, when consumers encounter unexpected income, they may assign the funds to a “windfall” account and treat the income as a surplus to be spent. Consumers will also consider the source of the income when assigning to accounts. Windfall income from a sports bet may be seen as frivolous and spent as such while income from a tax credit may be seen as “serious” and saved or allocated to bill payment or other “serious” items.[7]

In other words, to the extent consumers see the stimulus payment as separate from their “usual” income, they may be more likely to spend it. This has implications for how the payment is received. “If it is received as a check versus direct deposit, it is more likely to be separated out in consumers’ minds and more likely to treated as a windfall to be spent rather than just income to be saved,” suggests Professor Nathan Novemsky.

Finally, emotions linked to the source of the funds may play a role. “Emotional accounting” suggests that consumers may decide not to spend windfall money that they connect to a negative source on hedonic purchases, instead opting for virtuous or utilitarian purchases to offset their negative emotion.[8] For example, money inherited due to the unexpected passing of a beloved family member may be connected to a negative source and spent on virtuous, rather than frivolous or indulgent products.

So how might consumers view stimulus checks they will receive this month? Will individuals immediately look to spend? Will negative emotions around the virus and its effects on consumers’ economic outlook deter decisions to splurge? Will consumers spend the money in local businesses that they feel have faced hardship due to the crisis or save the money given their anxiety about their financial future?

The answer may lie in the framing of the checks. Behavioral science explains that perceiving cash an unearned windfall, or a bonus, above and beyond regular income may spur spending while perceiving cash as a rebate or (partial) return to a pre-pandemic state, may incite saving. Research investigating the 2001 economic stimulus found that framing stimulus cash as a “bonus” versus “rebate” led to increased recall of stimulus spending as well as actual spending in a laboratory setting.[9] When presented with $25 framed as a bonus, respondents spent $11.16 compared to $2.43 for those who were presented with rebate framing. Recent research shows that high school seniors were 11-12 percentage points more likely to choose a program framed as an “income sharing agreement” versus a “loan”, despite their terms being financially equivalent, suggesting small business stimulus payments may also have effects that depend largely on how they are framed.[10]

While the ultimate impact of stimulus spending on the U.S. economy is anyone’s guess at this early stage, behavioral science suggests that mental accounting and framing may play an especially important role. Labeling the checks as supporting U.S. “growth” versus “recovery” may influence which account Americans assign their new income to and thereby impact spending decisions more than the actual size of the payments. For some, spending may focus on covering basic needs and paying bills but for many, the decision to spend or save will likely be a matter of framing more than a matter of economics.

[3] The Economist. How the covid-19 pandemic is changing Americans’ spending habits.

[4] Carrns, A. (2019). Even in Strong Economy, Most Families Don’t Have Enough Emergency Savings. The New York Times.

[10] Evans et al. (2018). Framing and Labeling Effects in Preferences for Borrowing for College: An Experimental Analysis. Research in Higher Education. 60:438–457