“To make mistakes is human,” wrote the artist Elbert Hubbard in 1915, “but to profit by them is divine.” A century later, Yale SOM professor Taly Reich and two colleagues have taken a step toward characterizing this alchemical process — what is required for profit to follow mistakes.

In a recent paper published in Organizational Behavior and Human Decision Processes, Reich, along with Daniella Kupor of Boston University and Kristin Laurin of the University of British Columbia, shows how making a mistake (and fixing it) can actually play to one’s benefit. 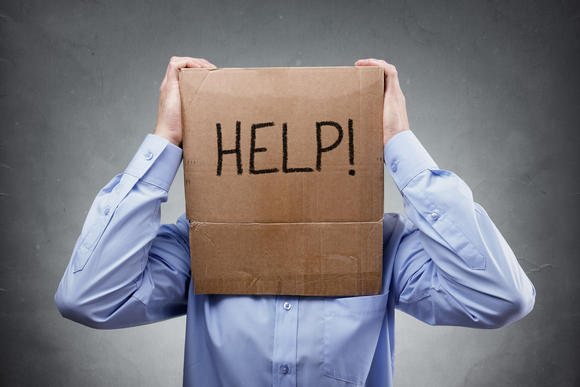 “People often fear that others will judge them as less likely to successfully achieve a goal if they make a mistake during their pursuit of it,” they write. “Although these fears are sometimes rational, the current research uncovers systematic conditions in which these fears are unwarranted.” In fact, firms can appear more likely to achieve their goals if they make mistakes and correct them than if they avoid mistakes in the first place.

A simple chain of assumptions explains this effect. First, people believe that correcting an error requires greater change to the status quo than preventing one, and therefore greater effort. Second, people tend to believe that greater effort signals a greater commitment to goals, and so a higher likelihood of achieving them.

Reich and her colleagues found strong support for this across a series of experiments. In the first experiment, for instance, study participants were told about an ice cream company, Best Scoops, that only sources high-quality vanilla. One group was then told that when Best Scoops’ supplier announced a shift to lower-quality beans on its website Best Scoops preventively found a new supplier. A second group was told that Best Scoops mistakenly used the lower-quality beans until realizing the error and correcting it. Those in the second group, in which Best Scoops errs, reported Best Scoops as more likely to achieve its goals. Other experiments of similar design demonstrated a greater willingness to purchase from companies that made and corrected mistakes compared to those that simply prevented mistakes.

These findings came with two important boundaries. First, the result did not hold if people were made to understand that both preventive and corrective measures required the same amount of effort. In one of their experiments, Reich and her colleagues made this comparability clear to a subset of participants; the participants reported the companies would be equally likely to achieve their goals and expressed equal interest in patronage. Similarly, if the error was attributable to a “stable cause” — that is, one that did not seem likely to change — then the mistake did not play favorably.

The authors point to important questions for delineating the reach of this effect: does it matter how long it takes for a mistake to be corrected? Does the magnitude of the mistake alter results? And what if consumers, rather than observing or hearing about a mistake, are personally affected by it? These boundaries are of particular importance given the result’s immediate practical implications: mistakes, as Hubbard points out, are eminently human. Are there times when companies, or individuals, ought to emphasize these errors — and this way turn them from a source of embarrassment to one of profit? And, conversely, companies that are working hard to prevent mistakes may want to be very public about the effort they are exerting.

Our culture is currently awash in the mythical slogans of entrepreneurship, chief among them: “fail forward.” Academic literature, too, is filled with studies of the “intrapersonal benefits people can gain from their own mistakes,” write Reich and her colleagues. But what this study provides is something completely new. “Our work uncovers previously undocumented interpersonal benefits that can be gained from making (and then correcting) mistakes.”