In September last year, I responded to an email asking for Yale EMBA students to volunteer to be research assistants on some existing cases that Prof. Goetzmann used in his Commercial Real Estate class. At the time, I was five months into developing a pipeline to start a social infrastructure fund. My company, Kevi Capital, would focus on education infrastructure investments in sub-Saharan Africa, particularly investments in student housing where demand exceeds supply by several multiples. Based on the list of potential research cases presented, I figured I would learn a few principles that would be useful as I developed my pitch to raise money for my fund.

Soon there were more students signed up to be research assistants than were needed so Professor Goetzmann offered the opportunity for students to suggest their own topics that show how real estate (design, location, amenities, tax breaks for the developers, etc.) affects our lives.

I suggested a study on my company, Kevi Capital, based on an August 2016 JLL report titled “Student housing: a new asset class in Sub-Saharan Africa. By this time, I had four potential deals in the pipeline and was making progress in doing research, conducting interviews, and developing financial models for the projects.

Prof. Goetzmann’s response was very positive and he liked the “live” venture aspect of the case.

The Yale SOM case “Kevi Capital – Starting an Africa Infrastructure Fund” was born. During several Friday afternoon research team meetings with various project teams, Prof. Goetzmann asked very pointed questions of every project team to tease out key considerations that would be pertinent to the case.

On Oct 31, 2017, “Kevi Capital – Starting an Africa Infrastructure Fund” went live in Prof. Goetzmann’s Commercial Real Estate (MGT849) class. As a guest speaker for the class, I presented a summary of the case and answered questions raised by the students who studied the case. Pitching my investment fund and receiving real-time feedback from Prof. Goetzmann and the students was one of the many highlights of my time here at Yale SOM.

My pipeline of infrastructure development projects includes a medical school in Nigeria, a theology seminary in Ghana, a medical school in Malawi, the premier film school in Ghana, and two of the top universities in Ghana. During the process of working on the case, Prof. Goetzmann mentioned that some of the other schools within the Yale community have been working to encourage collaboration with Yale SOM. Since then, I have collaborated with the dean of the Yale School of Architecture and a professor for global health at the Yale School of Medicine on my projects. I plan to reach out to the Yale School of Drama and Yale Divinity School to help build capacity and establish collaboration for the theology seminary and film school within my deal pipeline. Ultimately, the goal is to build infrastructure and build capacity by connecting people to our shared humanity.

With less than four months until graduation, I can confidently say that working on the Yale SOM case study for Kevi Capital with Prof. Goetzmann has been one of the truly outstanding experiences of my Yale EMBA experience.

I see possibilities and opportunities to work with various experts across the Yale campus and the Yale network. After graduation, I plan to return to Yale SOM to share my insights and lessons learned from my new venture and to celebrate what I hope will be many successes in infrastructure development in Africa.

See pictures below from the day that the case was presented in class: 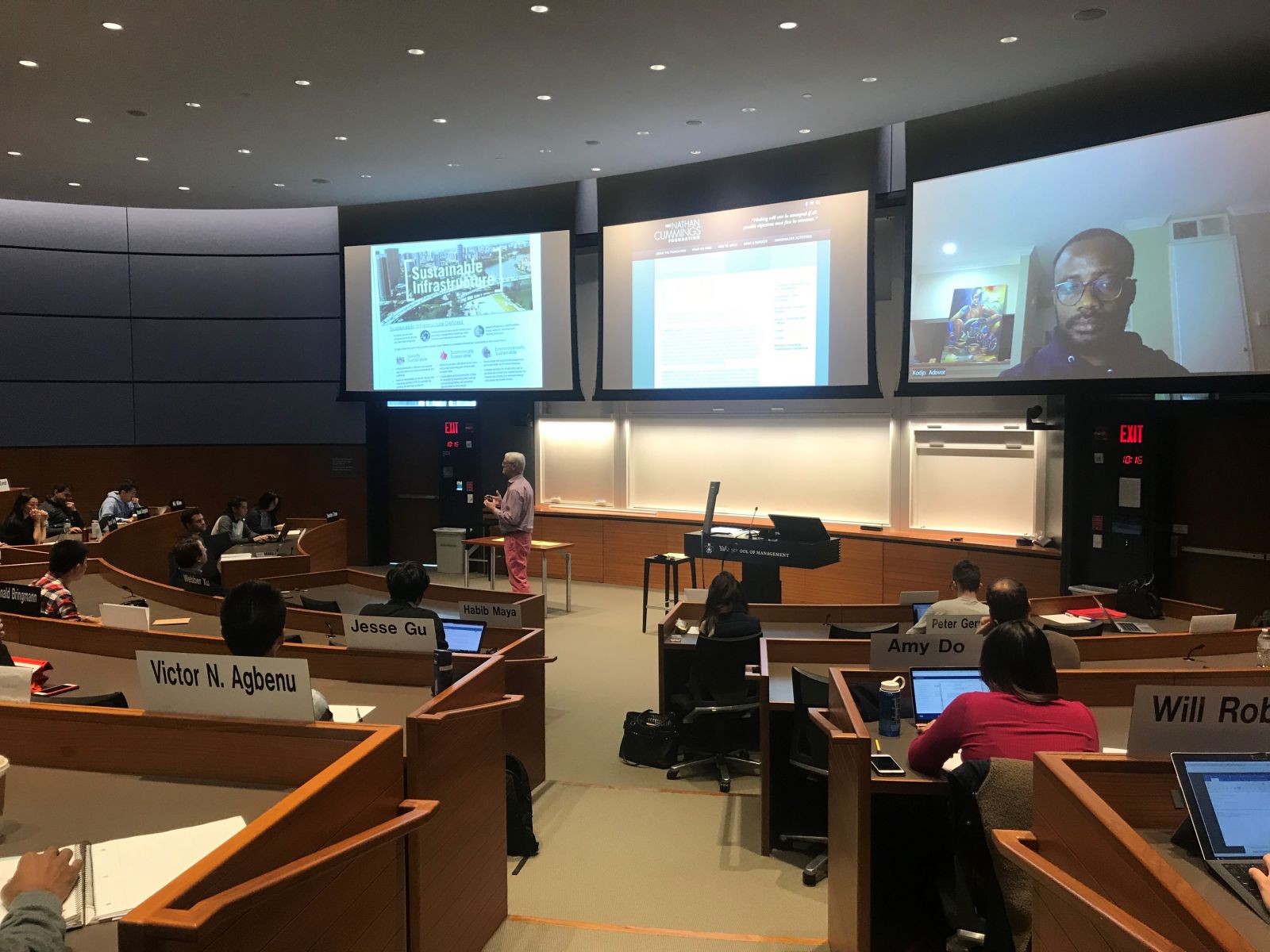 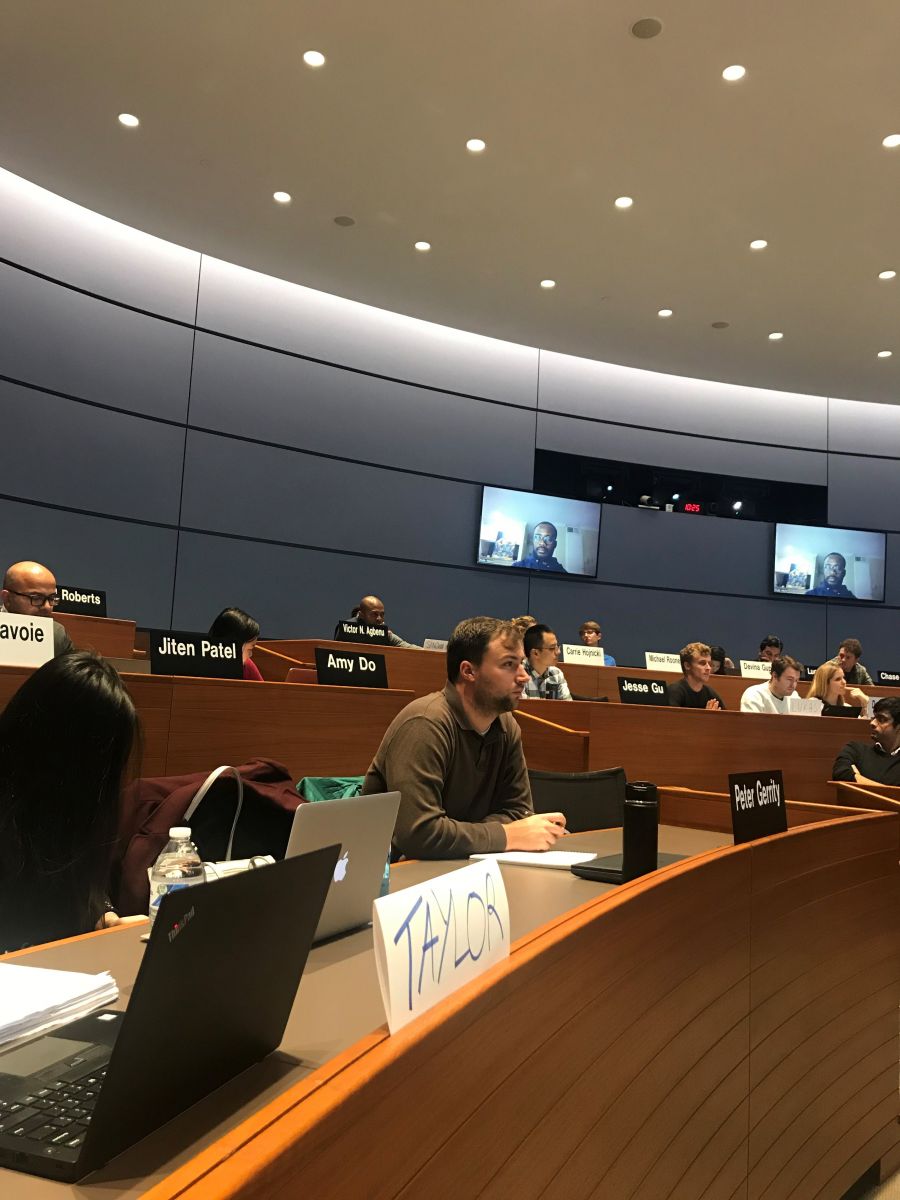 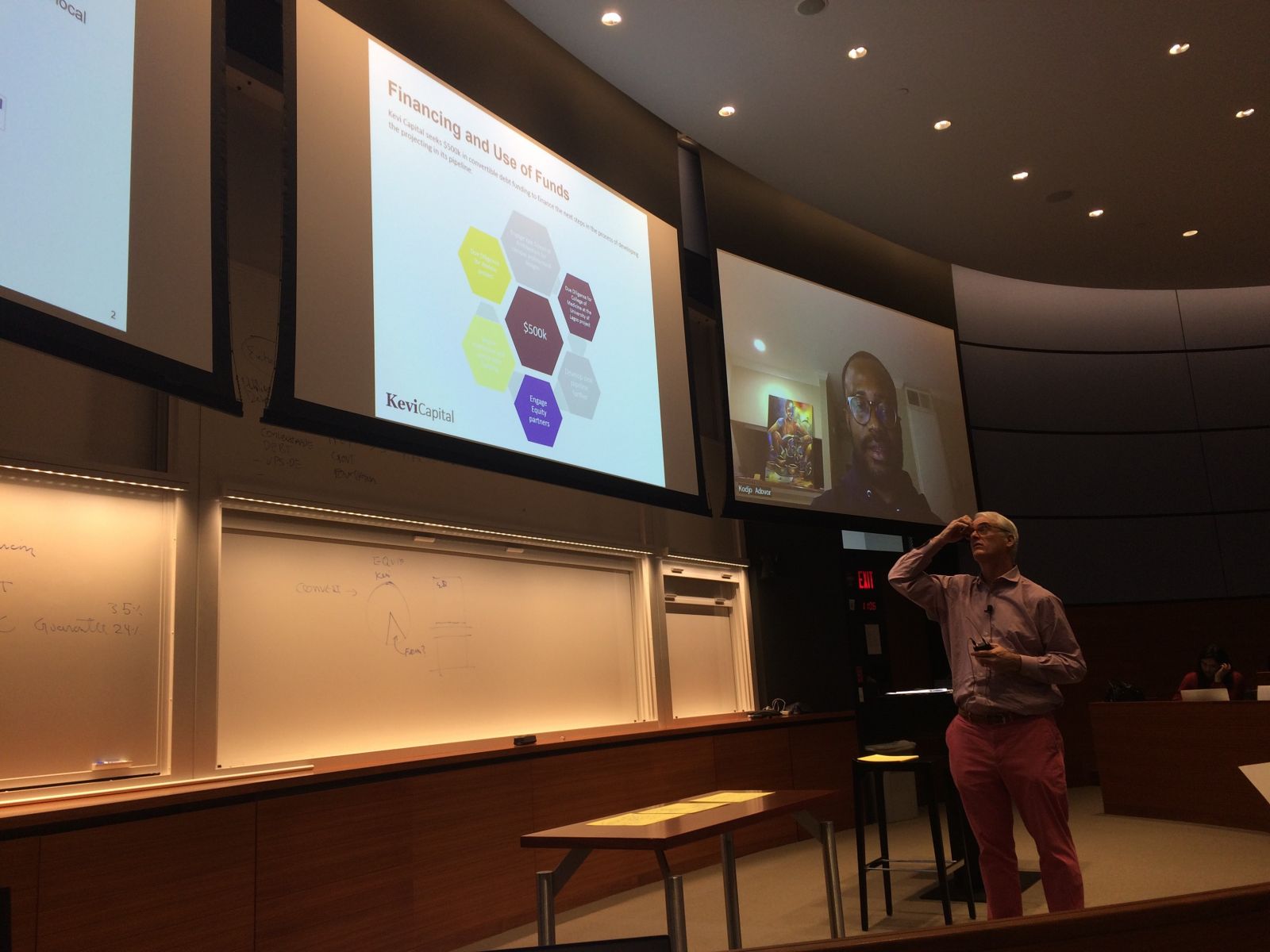