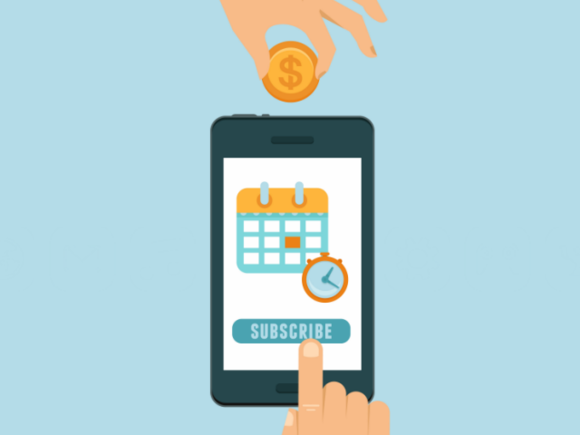 Today, almost anything is available by subscription: groceries, pet toys, snacks, clothing, beauty products, cocktails, wine, stationery, toiletries, socks. It’s a trend built on convenience, and a financially promising one, too: the subscription e-commerce market has grown more than 100 percent every year for the past five years. Through subscriptions, the largest retailers generated more than $2.6 billion in sales in 2016, compared to $57.0 million in 2011.

But convenience has its drawbacks—namely, invisibility. One company that helps people manage their bills found that, in 2016, its users paid an average of $500 annually in unused subscriptions. The fact is, many of us are spending money blindly on services we never use.

A new article in the Journal of Consumer Research, coauthored by Ravi Dhar, Director of the Center for Customer Insights, and Jennifer Savary of the University of Arizona digs into this issue. The authors find that consumers often cling to subscriptions as a way to maintain personal beliefs about their character: though you never read the Economist, you may keep your subscription to retain the identity of an intellectual; though you never visit the gym, you retain the membership, and therefore the sense of being an athlete.

Dhar and Savary reveal this insight by looking at the role of “self-concept clarity” (SCC) in subscription retention. They find that people with low SCC—those who are unsure of their self—are less likely to purchase a subscription, but more likely to keep one once they have it. “Those with low self-concept clarity are motivated to avoid options that signal an identity change that may threaten the stability of their self-concept,” Dhar and Savary write.

They begin their investigation by describing a survey that asked more than 1,000 people about unused subscription services; the survey also measured respondents’ SCC. Participants with lower SCC held more unused “identity-relevant” subscriptions compared to people with higher SCC. A series of experiments helped map the boundaries of this insight.

In one, for example, participants took part in an activity that is known to influence self-concept clarity: some wrote about aspects of their lives that made them uncertain, thus lowering their SCC; others wrote about aspects of their lives that made them certain, raising their SCC. After this, they were split again into two groups. The first group was given the option to cancel a subscription they did not use but that revealed something about their identity, like a gym membership. The second was given the same choice with more neutral subscription options, like a Costco membership. Consistent with the theory and the initial survey, those with lowered SCC were more likely to retain the identity-relevant subscriptions. There was no effect on the neutral subscriptions.

Other experiments showed that those with lower SCC demanded more in compensation to cancel subscriptions and that, when purchases were one-off rather than subscription, implying a weaker signal of identity, the results did not hold. This, write Dhar and Savary, suggests “additional evidence that the effect of low SCC is driven by the motivation to maintain a stable self-concept.”

These findings bear immediate implications for marketers. On the one hand, Dhar and Savary note that managers could target renewal messages for times when consumers have particularly low self-concept clarity—during windows of change, like, say, graduation. Alternately, they could manipulate the degree to which a subscription feels tied to one’s identity. In a small pilot test, for example, a group of undergraduates was asked to imagine having a health club membership that they did not use. They were allowed to quit by either signing their name or writing, “cancel the membership.” In the signing condition, which more tightly tied the membership to each individual’s identity, significantly fewer students cancelled.

“Marketers,” write Dhar and Savary, “could use similar tactics to highlight the identity relevance of a choice and, through this process, increase retention.”