As a newly welcomed Class of 2021 EMBA student, I am grateful for being able to participate in the Asset Management colloquia series this past Fall, which included four impressive speakers from the Yale community. Our first speaker was Aleh Tsyvinski, Arthur M. Okun Professor of Economics.  He provided a thoughtful conversation on cryptocurrency – a topic that I have been fascinated with, yet found to be intellectually intimidating. As an international tax economist, I am probably one of the few people in the asset management track at SOM who does not actually practice anything akin to asset management. In that respect, I have found many mainstream finance topics – for example, cryptocurrency and Bitcoin – to be much more abstract to me than most of my cohort, which has made me feel a bit removed from typical finance discussions both inside and outside of the SOM classroom. However, Professor Tsyvinski quickly bridged the gap and organized his lecture in a well-rounded manner which was helpful for understanding the nuances of cryptocurrency.

The lecture was very thoughtfully level-set on key questions around whether cryptocurrency is truly an asset class which touched on concepts that we would later learn in our Investor course. Professor Tsyvinski’s effort to construct an argument that started with the common principles around how all asset classes are ultimately defined helped me understand the broader implications of asset pricing; including certain technical considerations. Professor Tsyvinski challenged whether cryptocurrency behaves like other assets; whether returns can be predicted; whether traditional asset class factors exist and can be tracked; and how cryptocurrency mining actually works. Remarkably, for the first time, I felt that I could have a conversation on the topic and I left the lecture with a better appreciation for why this is not simply a trend – which admittedly, was my prior (and very uninformed) view.

Our second speaker was Paula Volent, the Chief Investment Officer (CIO) of Bowdoin College and Yale SOM alumna. Her lecture was transparent about how the diversification of Bowdoin’s investment strategy has led to impressive returns that extend beyond peer investment results.  In particular, Bowdoin has been successful at investing in riskier start-up investments, providing the institution with the ability to subsidize student tuition and lessen the burden of student debt – resulting in a direct impact on the sustainability of Bowdoin. Moreover, the lecture not only focused on pure investment considerations, but also the psychology of receiving donor approval for investments, which very much touched on the organizational design concepts that we explored in Professor King’s Managing Groups and Teams course back in July.

Our third speaker was Professor Fiona Scott Morton, Theodore Nierenberg Professor of Economics, who discussed the topic of large owners of assets (e.g., Blackrock, Berkshire, etc.) and the impact that product-related market competitors have on asset pricing. I found this lecture to have the most direct link to our coursework as it tied in perfectly to our Basics of Economics and Competitor lectures on imperfect competition and the power of oligopolies. Specifically, Professor Scott Morton proposed a theoretical policy that would limit an owners’ ability to hold a stock in an oligopoly based on a certain stated percentage, which would serve to impact the oligopolistic impact of large asset owners. The lecture resonated with everyone as Professor Scott Morton emphasized the importance of what most consumers want – more transparency and fairness in the equity markets. Furthermore, I found our asset management cohort to be incredibly engaged during Professor Scott Morton’s lecture, as she did an excellent job stimulating debate and drawing out the cohort’s experience.

Our fourth and final speaker was Mark Makepeace, the former CEO at FTSE Russell. I found his lecture to be the most transparent and direct of all the speakers. Mr. Makepeace shared his philosophical views on the market – which was largely based on what can be described as reaction functions – akin to game theory fundamentals, which we studied in Competitor. I found his lecture to be honest and interesting, as Mr. Makepeace was unapologetic in sharing his views and perspective.

In reflecting on the Fall colloquia, the four discussion topics covered the spectrum of asset management, with all of the lectures rooted in the key economic principles. For example, the third and fourth lectures were strongly established in game theory and imperfect competition, which were key focal points in our economics courses, while the first and second lectures had strong macroeconomic undertones as they were grounded in key financial market trends. The lectures were well timed as they often aligned closely to similar concepts that were being presented in our coursework, which led to a more practical understanding and appreciation as it related to our course assignments.

In the case of the second lecture, we learned how challenging it is to manage an endowment fund when there are multiple stakeholders (e.g., faculty, students, donors, board of trustees, etc.) and how this involves careful coordination. Similarly, Mr. Makepeace discussed the role of private companies being less inclined to go public, with one key driving force being their inclination to protect their management structure from investors – which is effectively a way of ensuring that outside investors do not impact the oversight of the company. Meanwhile, Professor Scott Morton’s lecture focused on the market power of large owners of assets and also the potential oligopoly power that comes from broad management of assets. Implicit to her theory was a value associated with decentralizing the management structure of certain asset ownership positions, which would lead to an opportunity for more individual oversight (or management) of those investments. From my perspective, the natural link was that most of these lecture topics required an appreciation for the psychology of management and why individual approaches could lead to increased value and innovation – be it an entire organization or the oversight of a single asset.

In conclusion, I was impressed with how our asset management colloquia covered broad aspects of asset management and as a non-asset manager who is new to the area of advanced finance, I found it especially comforting to know that our guest speakers were willing to ground their lectures in the basics before proceeding to the more rigorous analysis and viewpoints. There seemed to be a common understanding that we all come from different backgrounds and have different goals at SOM, with our speakers prepared to engage at all levels and my fellow colleagues offering practical industry insight throughout the discussions. 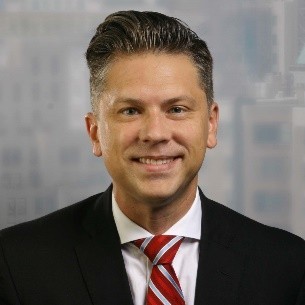 Tim has worked in the Houston, New York and London EY offices.

Prior to his time at EY, Tim was a post-doctoral research fellow at the Tax and Expenditure Policy Program at the James A. Baker III Institute for Public Policy in Houston, TX and a Statistical Research Fellow in Taxation at the Heritage Foundation think tank in Washington, D.C. Tim has published articles in the National Tax Journal, Empirical Economics, and the Journal of Productivity Analysis. He is also a contributor to the MIT Press volume: Fundamental Tax Reform.

Tim most recently served as the former Chair for the American Bar Association Tax Section, where he works to promote the development of thought leadership as it relates to new developments in transfer pricing. He is currently a member of the Board of Trustees of the Florida State University (FSU) Foundation, the governing body responsible for managing the endowment of FSU.