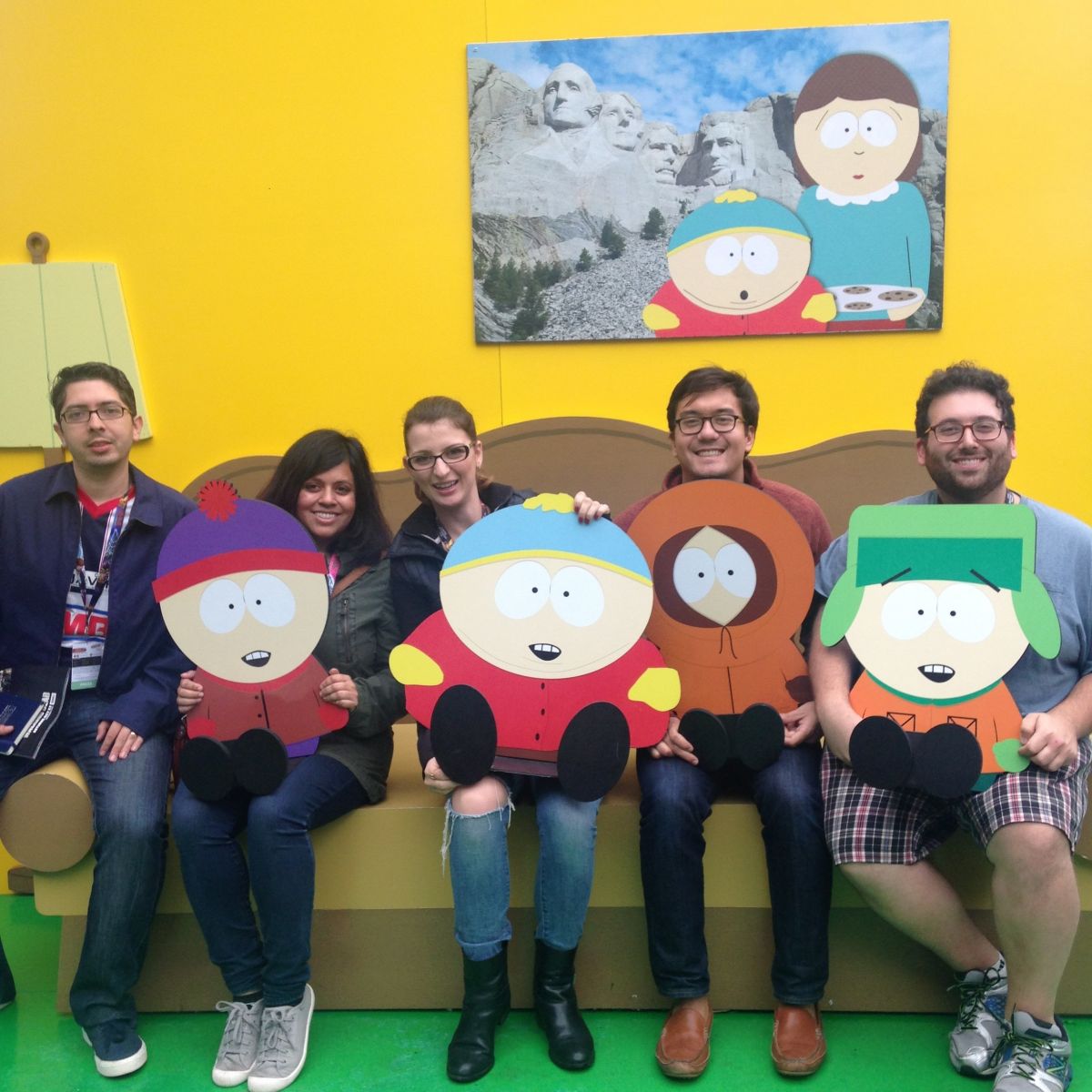 Last year, I had the unique opportunity to participate in a YCCI Discovery Project—a semester-long experiential learning project that pairs a small team of students with a corporate partner to take on a high level marketing challenge that the firm is facing.

Working with leaders at an innovation lab for a major media conglomerate, my team was tasked with understanding ‘super fans’ and discovering insights into their buying habits, especially as they relate to fan-made versus commercially licensed goods.

Since our project was overseen by SOM’s faculty experts in behavioral science, we wanted to integrate a focus on actual consumer behavior into our approach.  So, we decided to do observations and interviews at the New York Comic Con.

The first step was getting tickets. None of us had ever attended Comic Con previously, so we were (naively) surprised to find the event was sold out well in advance.  Fortunately for us, our partners at the firm were able to pull a few strings and secure us 5 tickets for the weekend.

We wanted to come prepared with an action plan, so we crafted a discussion guide that included who we would target and what we would ask. Our professors, Ravi Dhar and Nathan Novemsky, pushed us to think rigorously about each question, and word them in such a way to extract useful insights without bias.  After multiple iterations, we were ready for Comic Con!

By walking the aisles and interviewing both attendees and sellers we gained insights into the buying habits and behaviors at the event. Even here, a well known hub for ecentrics ideas and people, the skyline of Comic Con was owned by big brands. If you looked up from any standing position in the main exhibition hall, you could see large posters for Marvel, Adult Swim, Dark Horse Comics, and even GEICO (probably to insure the rarest and most valuable comic books). Although this might be chalked up to larger brands being able to pay more, the ubiquity of popular brands permeated through all reaches of the conference. For example, Lootcrate, a “geek-approved” subscription box service, wasn’t selling obscure anime, but rather a crate devoted to Harry Potter.

We headed over to Artists Alley, the place where independent artists can sell their work to convention-goers, and started our search for fan-made products. As we spoke to fans and artists alike, we saw several powerful marketing techniques in action.

Items that were limited drove frenzy among the crowd. Likely the most popular single item at Comic Con was a doll called Funko Pop—small figurines made in the likeness of popular figures like Harry Potter, Ironman, and Batman. This event featured a few exclusive Funkos that would only ever be sold at Comic Con in New York. While many booths around the floor were selling Funkos, the exclusive nature of the ones at the official Funko booth made the lines there the longest by far.

Mystery is still a powerful tool for increasing engagement at events.

It was clear that people love a good mystery. ‘Mystery boxes’—packages with a number of unknown items that you could only see after purchase, were available at many booths. There were different types of mystery boxes; some were themed, such as the Star Wars box, which would contain different Star Wars related toys, or Funko box, containing 5-7 different Funkos, while others were more general, such as a comic book box with an unknown array of comics.

It was apparent that the vendors understood how these boxes has a ‘lottery ticket’ effect, and some boasted that one out of every couple of hundred would contain a bonus prize, such as an Xbox One. The boxes seemed to sell very well, and we noticed that customers were excited at the chance to receive something worth more than what they had paid. In fact, some of these boxes were completely sold out only halfway through the weekend.

The desire for approval of the Comic Con community clearly motivated how people dressed and what they purchased. Cosplayers around the convention told us that they spent hours trying to find the exact right piece to complete their costumes, just to impress people at Comic Con by looking the most authentic. Often, this meant purchasing smaller batch fan-made items rather than mass-produced company-made products. The fan-made items are seen as more meticulously created, with a closer attention to detail, and would garner approval from others convention-goers.

Comic Con was a fantastic opportunity to directly observe consumer behavior in action. We were able to witness purchases in real time, conduct post-purchase interviews, and connect with both buyers and sellers in their element. Ultimately, this experience gave color to what we learned in the classroom, and allowed us to provide more meaningful—and actionable—insights to our corporate partner.