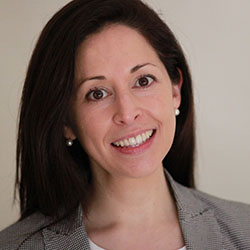 About Tania Diaz Bazan: Tania Diaz Bazan joined Yale in January 2018, working first at Y-RISE and then at the ICF since November 2018. Prior to joining Yale, Tania worked as Research Professional at the University of Chicago and at the World Bank as a consultant. At the ICF, Tania is studying the financing of infrastructure investments over the last century using historical financial data. Tania holds a Bachelor Degree from Universidad Católica de Cuyo, and a Master in Economics from Universidad de La Plata, both from Argentina. Tania enjoys reading, playing the piano and playing field hockey.

For more information about Tania and other ICF Research Associates, click here.