Post-doctoral fellowships are strange things. Traditionally a short-term research position at which recent PhD’s extend their graduate research while contributing to a new intellectual community, many if not most Universities get post-docs wrong. For years, I heard horror stories of two extremes, wherein departments: 1) used post-docs as (cheap) full-time teachers or research assistants to high-level faculty; or 2) considered them loose affiliates at best, who end their time without the host institution knowing or caring whether they came or left.

I am incredibly lucky to say that during my first six months at Yale SOM, ICF has struck the perfect balance—I have been given the space to develop my dissertation research and pursue new projects, while also connecting with and learning from a host of faculty across SOM and Yale more broadly.

Having earned my PhD from the Corcoran Department of History at the University of Virginia (UVa), my research on Early American economic and financial development always straddled disciplinary boundaries. I entered UVa as an early Americanist, and while I will forever be a (very) proud Cavalier, I admit that economic and financial history remain minor (at best) areas of study there. My advisors were fantastic, but the community was small to say the least.

Yet, when I arrived at Yale, I found myself amidst a host of scholars dedicated to understanding our economic and financial past. In addition to ICF’s Will Goetzmann and Geert Rouwenhorst (whose data on early 18th Century asset markets I had used for years), I have been taken in by SOM’s Andrew Metrick and Gary Gorton, as well as Naomi Lamoreaux and Jose-Antonio Espin-Sanchez of Yale’s Economic Growth Center. It is somewhat ironic that despite being a history PhD I have not yet developed a significant connection with Yale’s history department, but that only underscores the depth of scholars trained in economics, finance, or business that view history as an invaluable tool in understanding the present.

Over the past six months, I have sat in on classes by Goetzmann, Metrick, and Gorton, taught a writing workshop for Yale College econ and finance students, and spent hours and hours comparing ideas with scholars who are, quite literally, the best in the world.

My post-doc at ICF has also provided me the time and space to continue past projects and develop new ones. I have continued to finalize my book manuscript, “A Merchant’s Republic: Crisis, Opportunity, and the Development of American Capitalism, 1760-1807.” More specifically, I have researched and am writing a new chapter that charts the economic and financial dislocation caused by the Depression of the 1780’s, and the trade wars that erupted between newly-independent American states after the Revolution.

I have also embarked on a vast new project with Robert F. Bruner of UVa’s Darden School of Business. Following a series of four case studies that we developed this Fall, the project analyzes the convergence of macroeconomic, financial, and politico-economic shocks that resulted in widespread revolution across Europe in the mid- and late-1840’s. This research analyzes the sectoral breakdown and structure of the 1846-1848 bubble, how British financial contagion migrated to the continent, and how economic and political leaders conceived of and dealt with the concurrent collapse of Europe’s economic and political orders. In sum, this project looks at the tumultuous 1840’s to understand how violent economic, social, financial, and political shocks connect with and feed on each other.

Obviously, operations at ICF and Yale SOM have changed in significant ways as a result of the COVID-19 pandemic. This has reframed the idea of scholarship for many of us, but I remain as proud as ever to be part of ICF, and Yale more broadly, during this time. As the great C.S. Lewis said to Oxford undergraduates upon the outbreak of the Second World War:

I think it important to try to see the present calamity in a true perspective. The [crisis] creates no absolutely new situation… Human culture has always had to exist under the shadow of something infinitely more important than itself. [Yet] If men had postponed the search for knowledge and beauty until they were secure the search would never have begun.

It is in this spirit that I will continue to study market segmentation in early America and British derivatives structure in the 1840’s at ICF with enthusiasm and gusto, for, as Lewis said, “This is not panache; it is our nature.” It is this nature, which is drilled deep into the culture of ICF, that has made the first six-months of my post-doc a time I would not trade for the world. 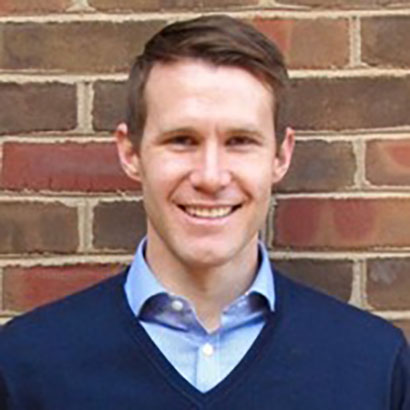