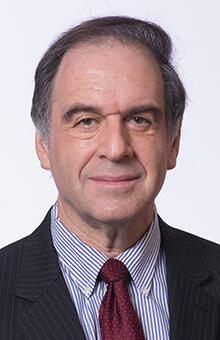 Time magazine has published an extensive profile of Jeffrey Sonnenfeld, Yale SOM’s senior associate dean for leadership studies and the Lester Crown Professor in the Practice of Management, focusing on a series of meetings in which Sonnenfeld coordinated efforts by business leaders to speak out in support of democratic principles in the wake of the 2020 election.

The article, published on November 1, describes how Sonnenfeld met virtually with dozens of top CEOs immediately after the election and helped them draft a statement in support of an orderly transition of power. A similar group gathered twice in January 2021; after the January 6 insurrection, the CEOs voted to withhold campaign contributions from members of Congress who voted against certifying the election results.

The article also discusses the history of Sonnenfeld’s long-running CEO Summit, his relationship with former president Donald Trump, and his thoughts on business leaders’ increasing engagement with social issues.

Read a Yale Insights interview with Jeffrey Sonnenfeld about his meetings with business leaders after the 2020 election.