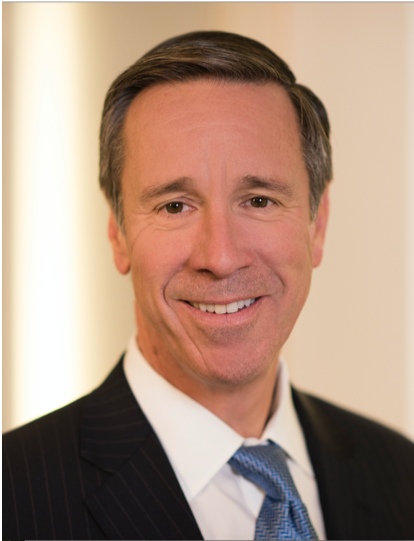 Arne M. Sorenson, President and Chief Executive Officer of Marriott International, will be honored with The Legend in Leadership Award from Yale’s Chief Executive Leadership Institute on Wednesday, September 23, 2020, during the virtual Yale CEO Caucus.

Caucus organizer Jeffrey Sonnenfeld, senior associate dean for leadership studies at the Yale School of Management, commented, “Arne is one of this nation’s most revered and respected global business titans. Even in the catastrophic conditions of the travel industry during the COVID-19 pandemic, he has displayed his character and competence through transparency, fairness, and sensitivity in necessary workforce reductions. Happily, he is leading Marriott’s rebound in China, already crossing 60% capacity.

Sorenson joined Marriott in 1996, serving as President and Chief Operating Officer and becoming Chief Executive Officer in 2012. He has led a vast expansion of the business, including the acquisition of Starwood Hotels & Resorts Worldwide in 2016. The company has expanded to more than 7,400 properties across 135 countries and territories with 30 brands. Sorenson is a bold, inspiring business voice, advancing environmental sustainability, promoting a safer more inclusive workplace, and embracing global cultures.”

The Caucus theme is,“Economic Rejuvenation: Safely Bringing Corporations and Communities Out of Their COVID Caves.” This invitation-only leaders’ conference, hosted by the Yale School of Management, is a gathering of distinguished global corporate leaders from across industries.

The Yale Chief Executive Leadership Institute was founded in 1989 to provide original research on top leadership and lively, current educational forums through peer-driven learning for accomplished leaders across a range of sectors. For more information, visit http://celi.som.yale.edu/.