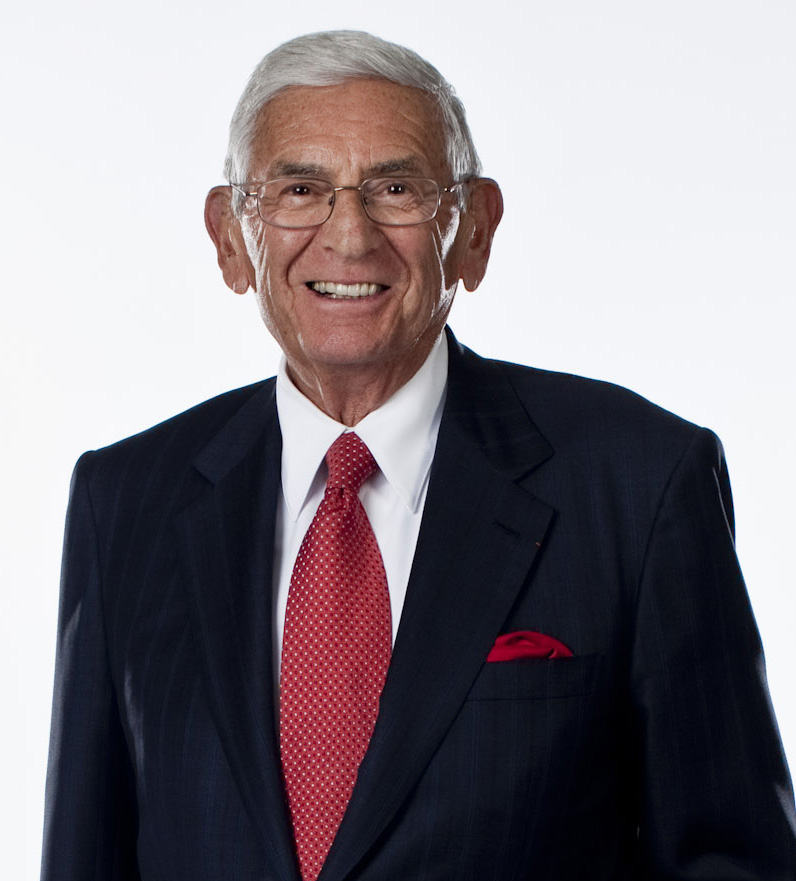 Throughout his five-decade business career, Mr. Broad provided first homes to hundreds of thousands of families and secure retirements to millions of Americans. As founding members of The Giving Pledge, Eli Broad and his wife of over 60 years, Edye, devoted their multi-billion dollar fortune to advancing more high-quality learning opportunities for K-12 public school students across the country, improving human health, and sharing contemporary art with large audiences. These philanthropic efforts included the founding of the original Broad Center in Los Angeles.

In 2019, The Eli and Edythe Broad Foundation made a $100 million gift to the Yale School of Management to establish The Broad Center at Yale SOM, to serve as a catalyst for improving K-12 public education in large urban public school systems in the United States through leadership development, impactful research, and policy engagement.

“He was a brilliant, demanding, intense, generous visionary. He was often unreasonable and claimed that with pride, quoting George Bernard Shaw who wrote: ‘The reasonable man adapts himself to the world: the unreasonable one persists in trying to adapt the world to himself. Therefore all progress depends on the unreasonable man.’ Through his philanthropy, he sought to ambitiously tackle society’s biggest challenges at the systems level.

“We have all benefited tremendously from Eli and Edye’s generosity and commitment to improving public education; there would be no Broad Center family without them.”

Kerwin K. Charles, the Indra K. Nooyi Dean and Frederic D. Wolfe Professor of Economics, Policy, and Management, commented: “Mr. Broad’s investments in K-12 education, along with scientific and medical research and the arts, are having a profound and lasting beneficial impact on society at large. We are grateful for Mr. Broad’s incredible generosity and are honored that through The Broad Center at Yale SOM we will continue to have a transformative impact on the lives of young people across this country.”

Learn more about the life of Eli Broad at The Broad Foundation website.