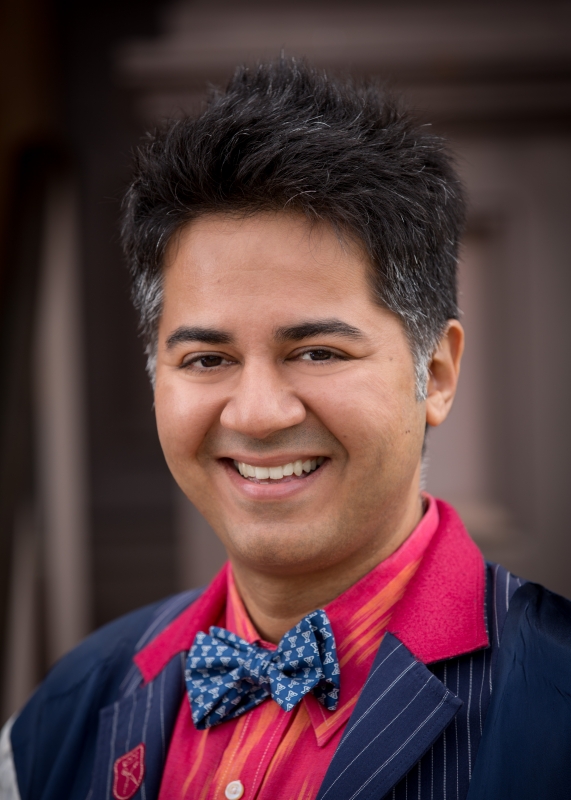 Point: most companies would have never internally funded the Museum of Memories, a pop-up event that drew artists into a 60,000-square-foot derelict factory, supported collective dancing and creative expression, offered up monumental feasts over the course of 24 hours, and then, the morning after such frenzied production, sanctioned the driver of a bulldozer to plow the whole exhibit into a pile of rubble.

Counterpoint: most companies are not in the business of cultivating antevasins.

Antevasin is a Sanskrit word that literally refers to someone who lives on the edge of the forest—no longer of the town, not yet an ascetic. More loosely, it describes the embrace of both the old and the new; it means staying within parameters while crossing boundaries.

Parmesh Shahani, the mind behind the Museum of Memories, is intent on cultivating antevasins at one of India’s most recognizable companies, the business giant Godrej. Shahani founded and heads the India Culture Lab, which operates within Godrej and explores “what it means to be modern and Indian.”

The institution of Godrej, which celebrated its 118th birthday this year, is only growing older, while “India is becoming younger and younger,” Shahani explained in a November 18 talk with the China India Insights Program. “So how do we remain relevant? How do we become an antevasin corporation?”

One way that Godrej is reimagining itself is as a “design-centric” company. So Godrej & Boyce—the holding company for a large part of the group's appliances, furniture, and engineering businesses—runs an innovation center that brings employees in from all across Godrej, trains them in design thinking, and then “releases them back” to their former positions in an effort to spread a new mentality through the company. “We’re not just looking at packaging,” Shahani said, “but process.”

Another effort underway is promoting pop-ups, like the Museum of Memories, which bring people from all spheres of India together into a single collaborative work- and play-space. “Typically a corporation gives money to some cause, and we do that as well,” he said. “But here we’re playing with a different model instead of this arms-length thing.”

These pop-up events can take any form, but three rules always apply:

“We’re trying to create a new kind of space,” Shahani explained, noting the increasingly blurred boundaries between corporations and society, between non- and 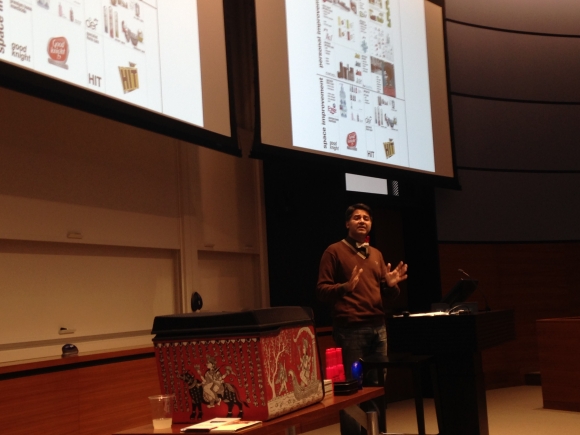 for-profits, between workers and citizens. “Why should a company be a place where people simply go to work and produce? Why can’t it be a place for knowledge?”

When asked how these kinds of pop-ups might be assessed for return-on-investment, Shahani argued that there is a need for new, more creative and holistic measures. Is audience participation in these events an indicator of ROI, he wondered aloud? What about being invited to visit Yale as a World Fellow, or the School of Management for a talk in the China India Insights Program? “The timeline on ROI needs to be a little bit longer,” he said.

Events like these also give Godrej a refreshing and vital reputation across India; they help to attract creative and young talent. “And I think competitive advantage in any company ultimately comes from human capital,” said Shahani. On this front, the India Culture Lab is working with Godrej to recruit a new generation of antevasins.

When someone in the room stands up and says, ‘let me play Devil’s advocate for a moment,’ say ‘No.’

The most boisterous HR campaign underway is LOUD, or Live Out Ur Dream, which has converted the conventional funnel—recruitment, resume, interview, offer—into a national past-time celebrated across university campuses and covered by CNBC. In short, LOUD is a nationally touring talent show that asks high-achieving students to pause, step out from the pressure of classes and grades, and make a pitch to Godrej for their “deepest, most private, most intimate dream,” Shahani explained. “Sell your dream to us, and we’ll judge on the power of the dream and the quality of the presentation.” By rejecting the standard hiring process, Godrej has seen a 125 percent increase in applications.

These kinds of corporate transformations—from old-school to antevasin—don’t take place overnight, of course, and Shahani offered two pieces of advice on the pursuit of change. First, build a reputation of execution by starting with low-hanging fruit. When management can trust you to deliver, they’ll give space to your ideas. “Nudge your way into bigger and bigger things,” he said. Second, keep an open mind, but leave no room for doubters. “When someone in the room stands up and says, ‘let me play Devil’s advocate for a moment,’ say ‘No.’ If someone in the room can’t be an angel of hope, of good sense, then no. Shut up the naysayers,” Shahani said, smiling but serious. “We don’t want you at this moment. We don’t want you ever.”