Below we report on operational Fed programs, based on the Fed’s weekly H.4.1 release. Since last week, the Main Street Lending Program has started operations. As of Wednesday, the program holds $12 million in purchased assets. The BoJ and ECB further decreased their use of the swap lines.

As of July 15, there is $210.5 billion outstanding across 10 facilities (Figure 1); $109.1 billion out of the total has been used to purchase targeted assets. The total amount outstanding is slightly down from last week, when it stood at $211.1 billion - $109.7 billion excluding Treasury contributions. Figure 1a below reports the outstanding amount of each facility, not including Treasury contributions that are invested in securities, from June 18 onwards.

Over the last month, central banks reduced their use of the USD swap lines. The reduction is partially due to the expiration of 84-day swaps entered during the early weeks of the crisis. Auctions for these swaps were conducted weekly. As these contracts are reaching maturity, the total outstanding amount declined to 29 percent of its peak on May 27. As of July 15, the total amount still outstanding is $128 billion, down from $153 billion last week. The BoJ reduced its outstanding amount by $24 billion. At $90 billion outstanding, the BoJ’s share represents 70 percent of the total. The ECB stands at $16 billion; together the two largest counterparties hold 83 percent. 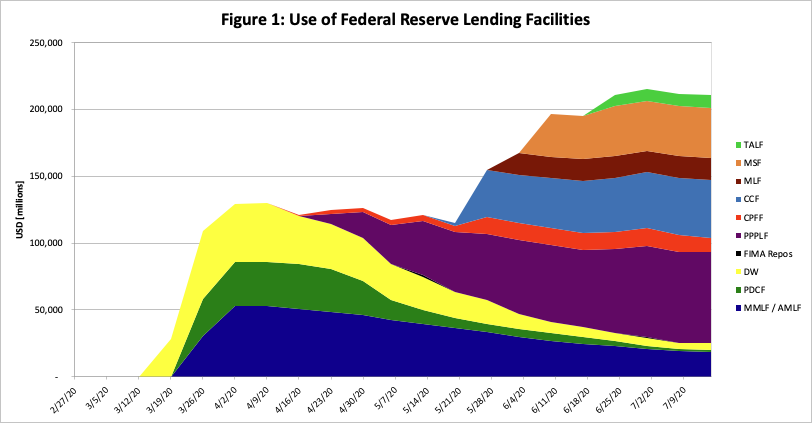 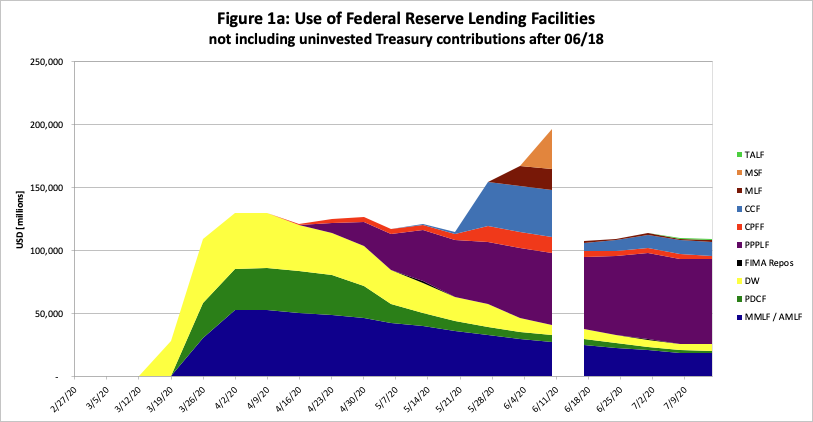 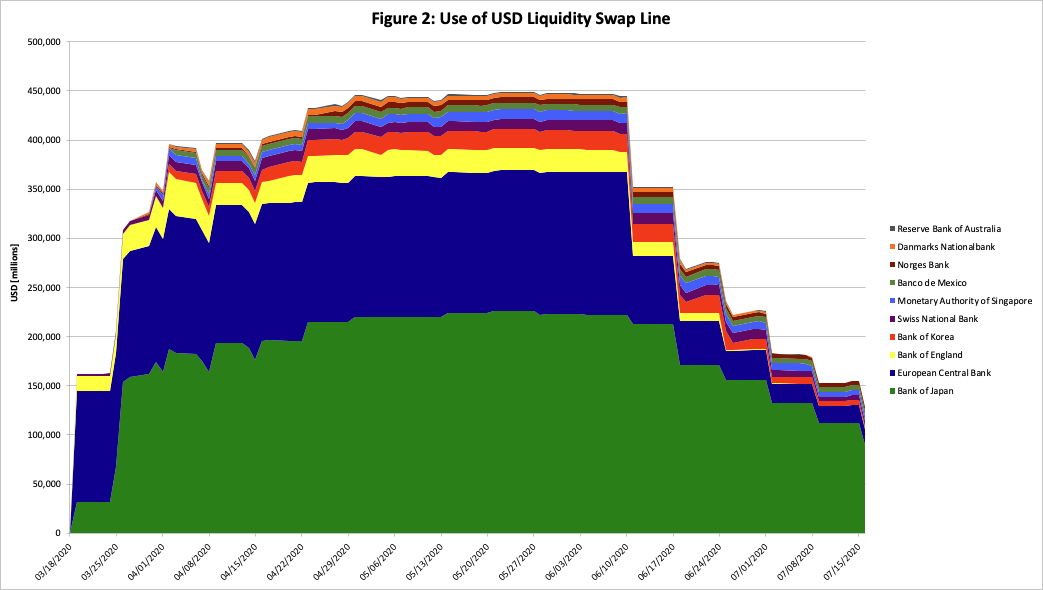 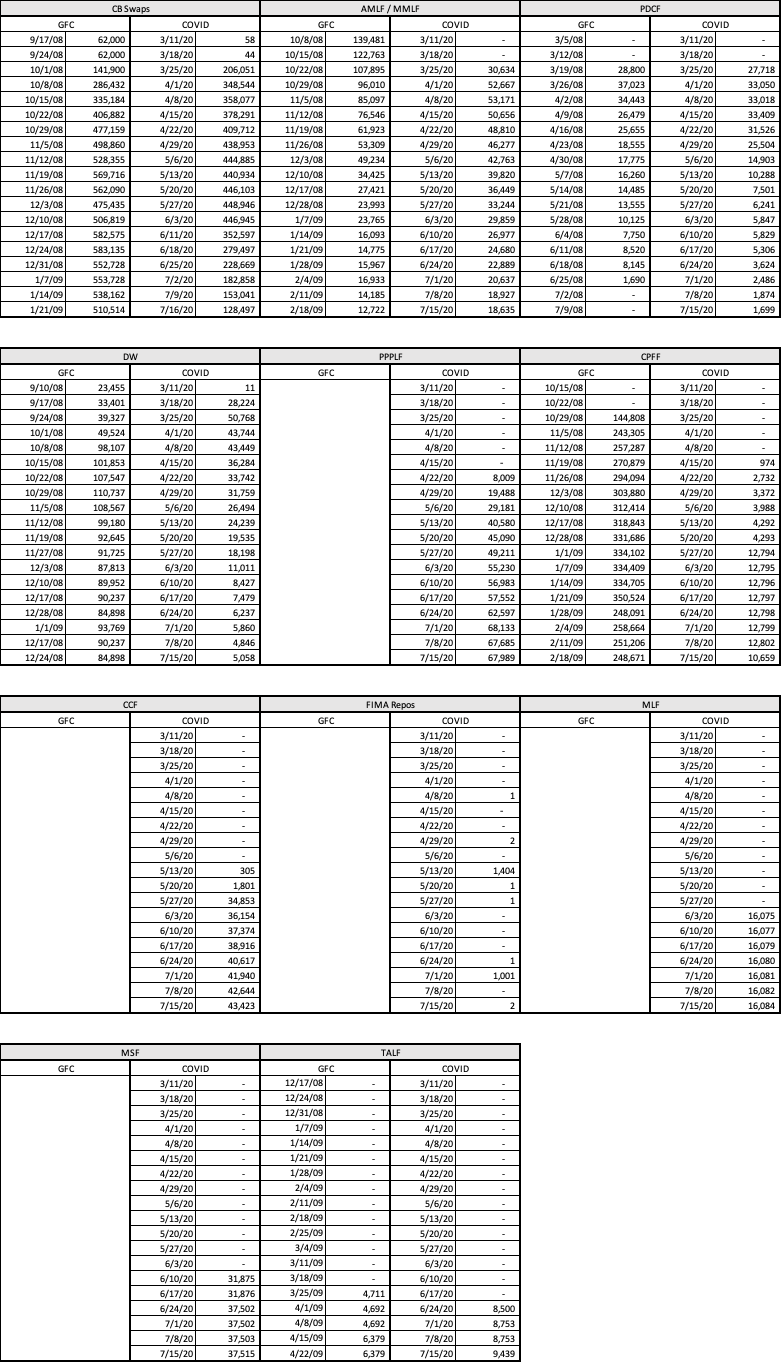 The TALF is established under section 13(3) to provide liquidity guaranteed by asset-backed securities (ABS). Under the facility, the Federal Reserve lends to holders of certain AAA-rated ABS. The facility operates through a special purpose vehicle to extend its loans, the Term Asset-Backed Securities Loan Facility II LLC (TALF II LLC). The Treasury has made an equity investment of $10 billion in TALF II LLC.