Below we report on operational Fed programs, based on the Fed’s weekly H.4.1 release. Since last week, the Treasury’s equity contribution to the Term Asset-Backed Securities Loan Facility was invested in securities; however, no facility-specific assets have been purchased so far. The Bank of England signifantly decreased its use of the swap lines established with the Fed in March. It is now the Fed’s smallest counterparty.

Over the last two weeks, the Bank of Japan (BoJ), European Central Bank (ECB), and Bank of England (BoE) significantly reduced their use of the USD swap lines established with the Fed in March. The reduction is due to the expiration of a series of 84-day swaps those central banks entered in March and April. Auctions for these swaps were conducted weekly. As these contracts are reaching maturity, the total outstanding amount declined by over $220 billion since its peak on May 27. As of June 25, the total amount still outstanding is $228 billion. Over the course of the month, the BoE reduced its position from $23 billion to $695 million. The BoE was the Fed’s third largest counterparty since the lines had been extended; it is now the smallest among the ten central banks that used their lines. The ECB remains the second largest counterparty with $30 billion outstanding. At $155 billion outstanding, the BoJ’s share represents 68 percent of the total. 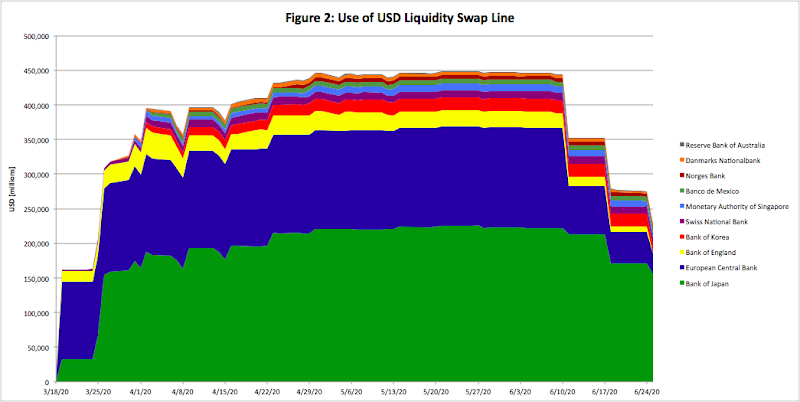 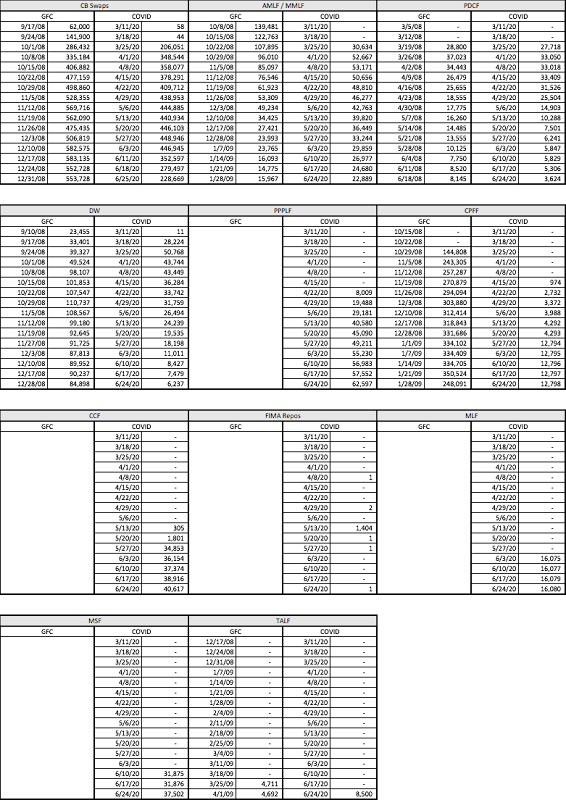