“I’m very excited to join Chenmark,” Luquetta said. “This company is doing many of the things I studied and became interested in at Yale SOM. The Higginses launched Chenmark as a search fund, which I studied in Entrepreneurship through Acquisition (MGT 671). They are pursuing a diversified serial acquisition strategy, which was the topic I became really curious about in Rollups, Consolidations and Serial Acquisitions (MGT 677). But Chenmark is not just about buying – they are operators – and that is what I explored in Leading, Small and Medium Enterprises (MGT 674). This opportunity is a real-world deep dive into many of the themes that energized me at Yale. I actually met Trish and James when we did a raw case on Chenmark in RCSA. I got to know them since I was a teaching assistant in the course, which led to some conversations about joining their team.” 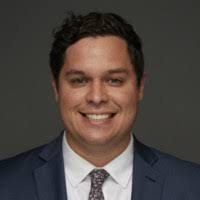 Luquetta worked for Gerson Lehrman Group (GLG), a tech-enabled professional learning platform, before arriving at Yale and did an internship last summer at Restaurant Brands International, a Miami-based 3G Capital portfolio company. “I have tried the professional services route and the big company experiences. It wasn’t for me. I want to be part of a SME, where my decisions matter and directly create value. I want to get my hands dirty in operations and actually lead a team and own a P&L. Taking the Leading, Small and Medium Enterprises course opened my eyes to an entirely new part of the economy – small businesses with compelling economic models that young MBA graduates actually lead.”

Trish (‘07) and James Higgins (‘06) met at Yale College. After graduation, they, along with James’ brother, Palmer,  pursued careers in finance in Manhattan. After several years in Wall Street finance, they collectively grew disenchanted with the disconnection between being an investor and not having any operating impact. “We conceived Chenmark as a way to implement all of our formal and informal education in investing and operating,” Trish explained.

“I look forward to having Dwayne on our team,” James said. “He is aligned with our strategy and philosophy and what we are about. It is great to get talented Yale folks like Dwayne to pursue a nontraditional post-MBA career path. He is going to learn a ton at Chenmark and be involved in every key decision.”

“I have been a guest at SOM a few times, and I enjoy sharing what we are doing at Chenmark. It really seems to resonate with some of the students. It’s always fun to be back in New Haven, and I hope we can get more Yale graduates involved in Chenmark as we continue to grow,” Trish added.

When asked about his time at SOM, Luquetta beamed and said, “Yale has been wonderful. I learned lots of new concepts and ideas, made lifelong friends and opened my eyes to a career path that I did not previously consider or understand. Learning about small entrepreneurial businesses has been illuminating, and that is where I want to build my life and career. I want to impact customers, employees and have fun. I will be doing all of that immediately after graduation. I feel fortunate to have met the Chenmark folks in class at SOM, which directly led to my job. I am going to miss Yale as it’s been such an intellectually enriching experience. I have enjoyed my classes at SOM and in other parts of the University, too, but I am ready for my next chapter. I want to use my education to help the Higginses build something special that I am a meaningful part of.”