Kerwin Charles, the Indra K. Nooyi Dean & Frederic D. Wolfe Professor of Economics, Policy, and Management at Yale SOM, appeared on the People I Mostly Admire podcast, part of the Freakonomics Radio Network, in an episode released on September 18. Charles discussed his journey from a small village in Guyana to the apex of the academic world and how his researched has helped illuminate questions about earnings and wealth inequality in the United States.

The host of People I Mostly Admire is Steve Levitt, a former colleague of Charles at the University of Chicago and the co-author of the Freakonomics book series. The two discussed Charles’ childhood in a small village in Guyana, and how he acquired a love of learning from his parents, especially his mother. “She remains the best teacher I ever had in my life,” said Charles. “She gave me a sense of excitement about things I didn’t know and an eagerness to test myself and challenge myself that I’ve carried with me my whole life long.” 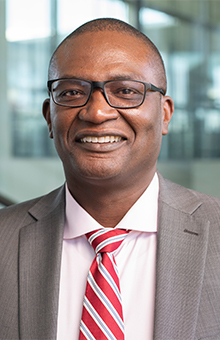 Charles shared views based on his research into major economic questions, such as the effectiveness of public health measures, the decline in participation in labor markets by young men, and the economic experiences of Black Americans. Charles described some of the dynamics that have led to the success of Black Americans at the top of the earnings distribution and the simultaneous earnings stagnation of the median wage earner, as well as the persisting wealth gap, the disparities in education based on race, and the high number of Black men who aren’t working. “If one takes the African American experience panoramically,” Charles said, “one would have to say that there are ways in which our hopes have been realized, and there’s a healthy dose of stuff that’s pretty bad. Disappointments and failures intermingled with success.”

Charles also explains why he is obsessed with Sports Illustrated and gives his advice for becoming an effective public speaker (hint, slow down).