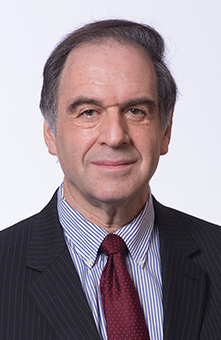 Jeffrey Sonnenfeld, Yale SOM’s senior associate dean for leadership studies and the Lester Crown Professor in the Practice of Management, has joined the board of the Connecticut Economic Resource Center (CERC), a nonprofit corporation seeking to attract business to the state.

Under Governor Ned Lamont ’80, the CERC, chaired by Indra Nooyi ’80, former chairman and CEO of PepsiCo, and former Webster Bank Chairman and CEO Jim Smith, is working alongside the Connecticut Department of Economic and Community Development to reinvigorate economic development in the state.

In a statement, Lamont announced that Sonnenfeld and Jim Loree, president and CEO of Stanley Black & Decker, would join the CERC board.

“We’ve heard over and over again that Connecticut is unfriendly to business and we’re changing that,” Lamont said. “We’re looking at everything with a comprehensive view, including identifying new industries and eliminating any red tape that exists within our own agencies. There is a lot of momentum right now and I’m thrilled that both Jim and Jeff have agreed to join and be a part of our team. I look forward to working together to create the type of environment for business that our state and its residents deserve.”

Sonnenfeld said, “I have been working on statewide economic development initiatives in Pennsylvania, Massachusetts, Georgia, and Connecticut since 1975. I have never seen such unified energy and excitement as I see in this reconstituted CERC momentum. Businesses large and small, old and young, across the state and across industries are coming together with ideas on attracting and generating new jobs.”