A panel discussion on October 26 featured four of the many Yale EMBA alumni who are making an impact on their organizations and their communities. They shared some of the leadership lessons that they’ve learned on the job. Loren Hynes ’19 (pictured at left), vice president of corporate social responsibility at NBCUniversal, served as moderator. 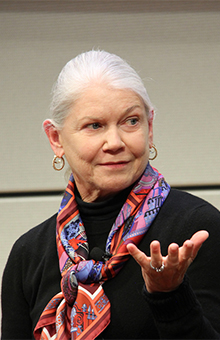 In my national organization, the American College of Radiology, I basically am the spokesperson for small practices. There really wasn’t anybody doing that, and it’s important because 80 percent of radiology practices are smaller than 15 members. I’m there to represent them and share their points of view.

Small private practices in medicine in general now are facing a lot of consolidation in the industry and a lot of costs that can’t be absorbed by smaller groups. So, my group started looking four years ago at options for either mergers, being assimilated, hired by a hospital, or joining a national company. We spent a lot of time looking at the finances of it, looking at the culture, and we had to walk through it very methodically because there’s a lot of emotion associated with giving up something you’ve built for 20 or 30 years. We ended up going with Radiology Partners, which is a national corporation. But it was a challenge to keep my partners engaged, to have them even read the material. 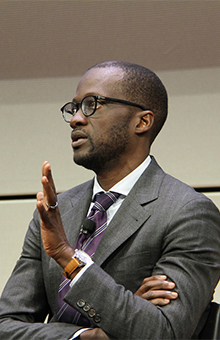 My company does a lot in Africa. A couple of years ago, we wanted to build a hotel. A market and feasibility analysis pointed us toward building a luxury hotel. We were hoping to get maybe $100 to $150 a night. But we had a lot resistance from the community, who said, “You’re just building a luxury project. What’s in it for us?” or “You’re building in a country where the GDP per capita is definitely below $100 per person.”

We had to ask ourselves, ‘How can you make money for your project but also do something for a community that definitely cannot afford to spend $100, $150 a night for a hotel room?’ Pivoting your mindset from looking at deals from a pecuniary, final-bottom-line angle to something that’s more inclusive has really been a big challenge for me working in environments where the GDP is so low. Developing a triple-bottom-line type of mindset has been critical, because while you have to answer to your investors, you also have a responsibility to your community. 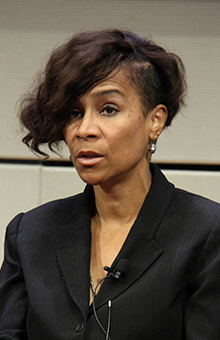 At the end of the day, rather than getting upset, I decided that I would take that energy and focus on getting the engagement I needed. My feedback to women in business is, don’t personalize it. Don’t let anybody take you off your game. Because once you’re taken off your game, you’re going to be ineffective, and at the end of the day you need to be effective. Don’t personalize, be very keen about what it is you’re trying to accomplish.

I was at a luncheon for high-net worth women this week, and a lot of the women were saying how when they bring their male counterparts to meetings, the expectation is that the dude is running the show. You have to stay on your game and you have to stay focused. We know what the problem is, so focus on the solution. Men, you’ve got to make sure that you’re pushing the women you’re working with to opportunities. Women, you’ve got to make sure the women you’re working with are pursuing opportunities. 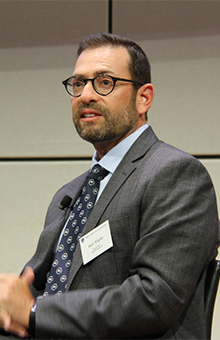 In South Florida, climate change is paramount. The big challenge for me is managing my office portfolio in this environment. Hurricane Irma hit right after I graduated from Yale SOM. As the storm started approaching us, and we knew that it was going to be in our vicinity, there were gas shortages. There were water generator shortages. There were water shortages. We were told to evacuate, and six million people tried to evacuate.

After the hurricane hit, 75% of my staff was out of town. One of my properties had power, and one—the one closer to the water—did not. At that point, whether you were a bookkeeper or the CEO or a project manager, in my company we were all janitors and landscapers. When your customers, or your tenants, see the head of the company with a chainsaw cutting trees down to make sure that cars and firetrucks, and whatever else, can get through, it sends a powerful message.

Being on the front line with your staff, knowing that every job is important, especially in times of crisis, is powerful. If your team can see that you’re going to be in the trenches with them, and if they have that same sense of buy-in that you do, I think that goes a long way.