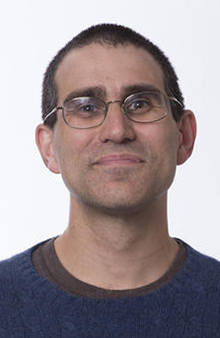 Andrew Metrick, the Janet L. Yellen Professor of Finance and Management and the director of the Yale Program on Financial Stability, is featured in a new podcast launched by Central Banking magazine this month, focused on the evolution of central banking in the decade since the global financial crisis.

The podcast, part of the “CB on Air” series, begins with a conversation between Metrick and Dan Hinge, Central Banking’s news editor, about Yale SOM’s Master’s Degree in Systemic Risk program. The one-year program, launched in 2017, gives central bankers and employees of other regulatory agencies the academic and practical training to manage and mitigate future financial crises.

“I think when you come out of this course you will have a deep understanding of the connections between traditional central bank activities on the monetary side and what we’re now calling financial stability policy, which includes things like macro-prudential tools, the management, the supervision, and perhaps the liquidation and resolution of the largest, most systemically important institutions,” Metrick tells Hinge.

Subsequent episodes, to be released over the next three weeks, will include discussions of the current systemic risk environment, lessons learned from the global financial crisis, and the factors that could launch the next crisis.

Learn more about the podcast and listen.

Learn more about the Master’s Degree in Systemic Risk.