As globalization continues to link world economies ever tighter, there is no shortage of books examining the movement’s trends and policies. But Yale School of Management Dean Emeritus Jeffrey E. Garten is taking a new approach.

In his forthcoming book, From Silk to Silicon: The Story of Globalization Through Ten Extraordinary Lives (HarperCollins), Garten depicts the impact of globalization through a personal lens by exploring the lives of 10 historical individuals whose extraordinary achievements made the world smaller and more interconnected. 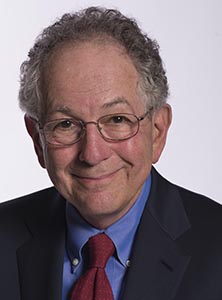 Garten, dean of Yale SOM from 1995 to 2005, who continues to teach courses on global finance and global crisis management, looks at the lives of such figures as Genghis Khan, the accidental empire-builder; Mayer Amschel Rothschild, the architect of international banking; Cyrus Field, who became the father of global communications by leading the effort to build the transatlantic telegraph; French diplomat Jean Monnet, who forged the European Coal and Steel Community, the forerunner of the European Union; British prime minister Margaret Thatcher, who championed borderless markets; and Chinese premier Deng Xiaoping, who opened China to the world. Garten paints a vivid picture of these individuals’ times and how their contributions continue to impact the world today.

“In the three worlds in which I have lived and worked—Washington, Wall Street, and Yale—I have always been fascinated by the difference great leaders can make,” Garten says. “I wanted to test the idea that globalization was much more than the result of impersonal forces, and, if that were true, to examine what kind of individuals were unequivocally instrumental in making the world smaller, more interconnected, and ultimately a better place.” 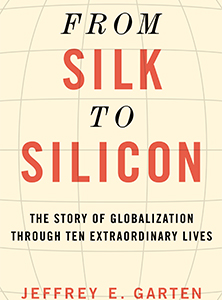 Prior to serving as Yale SOM’s dean, Garten was undersecretary of commerce for international trade from 1993 to 1995. In that role, he focused on trade and investment negotiations and policy impacting large emerging markets—particularly China, India, and Brazil. Before his government service, Garten spent 13 years on Wall Street. He continues to teach at SOM.

From Silk to Silicon: The Story of Globalization Through Ten Extraordinary Lives will be published on March 1, 2016.

Garten is scheduled to speak about the book at a variety of live and online events this spring, including appearances at the Carnegie Endowment for International Peace and the Foreign Policy Association. He will host a Reddit Ask Me Anything on March 9 and answer questions on Quora on March 16.

Also on March 16, Garten will address students from throughout the Global Network for Advanced Management during a Global Network Week event at the Yale Club in New York City.

More information about the book and upcoming events is available on Garten’s website.