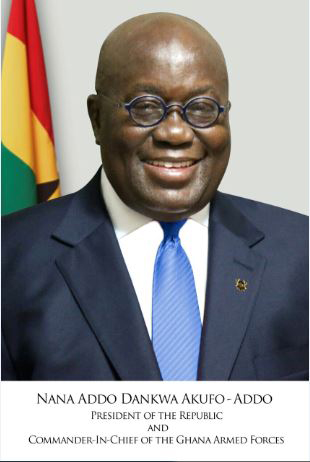 Please join us for a Leaders Forum event at the Yale School of Management on Thursday, September 27 for “Democracy and Development in Africa”, with His Excellency Nana Addo Dankwa Akufo-Addo, president of the Republic of Ghana. The conversation will be moderated by Elijah Paintsil, associate professor of pediatrics, pharmacology, public health, and management. The Leaders Forum brings the heads of organizations from across all sectors to Edward P. Evans Hall for discussions about the challenges and opportunities of leadership.

This event is sponsored by the dean’s office as part of President Peter Salovey’s Yale Africa Initiative.

IMPORTANT: The talk will start promptly at 6:00 p.m. Doors will open at 5:30 p.m. For security reasons, the doors will shut promptly at 6:00 p.m., and large items such as umbrellas, will not be allowed in the event location. Umbrellas may be left outside. Please leave your backpacks at home, as bags may be subject to search. Laptops may not be open during the talk. Attendees are requested to please remain in their seats until the event concludes at 7:00 p.m.

Nana Addo Dankwa Akufo-Addo
President of the Republic of Ghana

Born March 29, 1944, in Swalaba, Accra, Nana Addo Dankwa Akufo-Addo was raised in Accra, Ghana’s capital. His father’s residence in Accra was effectively the headquarters of the country’s first political party, the United Gold Coast Convention (UGCC), after it was formed at Saltpond on August 4, 1947. Three of the Big Six (founding fathers of Ghana) were Nana’s blood relatives: J.B Danquah (grand uncle), William Ofori Atta (uncle) and Edward Akufo-Addo, who became the third Chief Justice and later ceremonial President of the Republic from 1970-72, was his father.

Akufo-Addo had his primary education at the Government Boys School and later Rowe Road School both in Accra Central. Nana went on to England to study for his O- Level and A- Level examinations. He returned to Ghana in 1962 to teach at the Accra Academy before going to the University of Ghana in 1964 to read Economics. After graduating as an economist, he went on to read law in the UK and was called to the English Bar (Middle Temple) in July 1971 and the Ghana Bar in 1975.

He is married to Rebecca, daughter of the Speaker of the Parliament of the Third Republic of Ghana, the late Mr. Justice J.H Griffiths-Randolph. They have five children, with five grandchildren, and are both devout Church-going Christians. Continue reading. 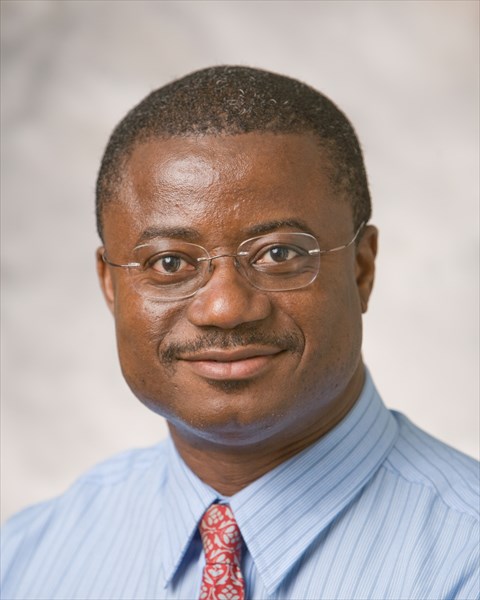 Elijah Paintsil, MD, is a pediatrician who treats children with serious infectious diseases, including HIV, Lyme disease and skin infections caused by methicillin-resistant Staphylococcus aureus (MRSA). “I chose my specialty because of my passion to find cures for infectious diseases,” he says.

In addition to caring for children, Dr. Paintsil works with HIV-infected mothers. He points out that the last transmission of HIV from mother to baby at Yale New Haven Hospital was in 1996. He is excited by research that is “getting closer and closer to one day eradicating HIV.”

Dr. Paintsil is an associate professor of pediatrics (infectious disease), of epidemiology (microbial diseases) and of pharmacology at Yale School of Medicine. He is also a researcher whose work has included the discovery of a protein that can be used to monitor patients who may experience side effects from HIV medications.

A new age is dawning on the African continent, one that will utilize democratic processes and economic development to create a prosperous, independent future for the African people, Nana Addo Dankwa Akufo-Addo, president of the Republic of Ghana, told an audience at the Yale School of Management on September 27.

“Democracy and freedom are providing the political, social, and economic platforms for Africa’s long-awaited development,” Akufo-Addo said. “Africa is on the cusp of building a great new civilization, one  which will unleash the great energy and potential of the African people.”

Akufo-Addo spoke about democracy and development in Africa to a capacity audience in Yale SOM’s Zhang Auditorium as part of  the Leaders Forum lecture series. The series brings leaders from business and government to Yale to speak students. The event was also part of Yale President Peter Salovey’s Yale Africa Initiative.

Yale SOM Deputy Dean David Bach introduced Akufo-Addo, noting that within 24 hours of the event’s announcement, Zhang Auditorium was booked to capacity: “Mr. President, this shows you how much interest there is in you, in your country, and in Africa here at Yale.”

Calling Akufo-Addo “a tireless promoter of trade and investment in Africa, and of Africa’s engagement with the world,” Bach commended the president for pursuing business and democratic practices as a means to sustainable development. He also pointed out that Yale SOM has strong ties to Africa. The continent is home to four member schools in the Global Network for Advanced Management.

Elijah Paintsil, associate professor of pediatrics, epidemiology, and pharmacology at the Yale School of Medicine, moderated the conversation with Akufo-Addo.

“I’m happy to be here and among this audience of people who have an interest in what we’re doing to help Africa—and Ghana—achieve its full potential,” Akufo-Addo said.

In his 20 months as president, Akufo-Addo said, he has worked to build upon the gains that Africa has been making since the 1990s, as more countries have embraced democracy as a tool for nation-building. “The past decade has been one of great expectation and promise for Africa,” he said.

The continent is rich in resources, home to the world’s second largest population and 25% of the world’s agricultural land, in addition to rich reserves of the minerals necessary to run a modern economy. “We have no excuse to deny this generation a new future of options and expectations,” he said.

But issues of mass poverty and lack of opportunity continue. Akufo-Addo said that Africa must address the “toxic problem of job creation” that forces migrants to undertake often-dangerous journeys to Europe  “because they do not see a future in their respective countries.”

“Our economies must produce wealth and opportunities for their peoples,” he said. This wealth cannot be based solely on the production and exporting of raw materials, but should instead come from a diversified economy that promotes an educated workforce and industrial development.

Akufo-Addo’s government  has invested in expanding education and technical training for children and for young adults, while also investing in the digital revolution, he said.

Following his address, Akufo-Addo answered audience questions on topics including how to build bridges between Americans of Ghanaian descent and Ghana; the policies that Ghana has put in place to ensure continued economic progress even when presidential administrations change; and whether democracy offers a path for equitable economic growth in Africa.

Akufo-Addo emphasized that African nations must no longer rely on foreign aid. “I want us to have more self-confidence and accept that we shall never reach the level of development that we aspire to by relying on aid or external assistance, no matter how generous,” he said. “The time has come for us to pursue a path to prosperity and self-respect for our continent.”