Below we report on operational Fed programs, based on the Fed’s weekly H.4.1 release. Since last week, the ECB and BoE significantly decreased their use of the swap lines established with the Fed in March.

Since last week, the European Central Bank (ECB) significantly decreased its use of the USD swap line established with the Fed in March. The decrease is due to the expiration of a $75 billion 84-day swap the ECB entered on March 18, shortly after the swap lines were established. As the contract reached maturity on June 11, the outstanding amount for the ECB decreased from $144 billion to $69 billion. The Bank of England’s position decreased from $20 billion to $13 billion, as a 84-day swap agreement entered on March 18 matured.

The Bank of Japan (BoJ) also entered a $30 billion swap that expired on June 11. However, its overall position did not decrease, as the BoJ entered a new 84-day contract for $15 billion on June 9. The BoJ has the highest outstanding amount at $213 billion.

For the MSF and MLF, the current balance largely reflects the purchase of treasuries, rather than facility-specific assets. For the MLF treasuries purchased with equity constitute $14.9 billion out of $16 billion total. The facility began purchasing municipal notes on June 2. The current balance for the MSF is exclusively constituted by the 85 percent of equity invested in treasuries. 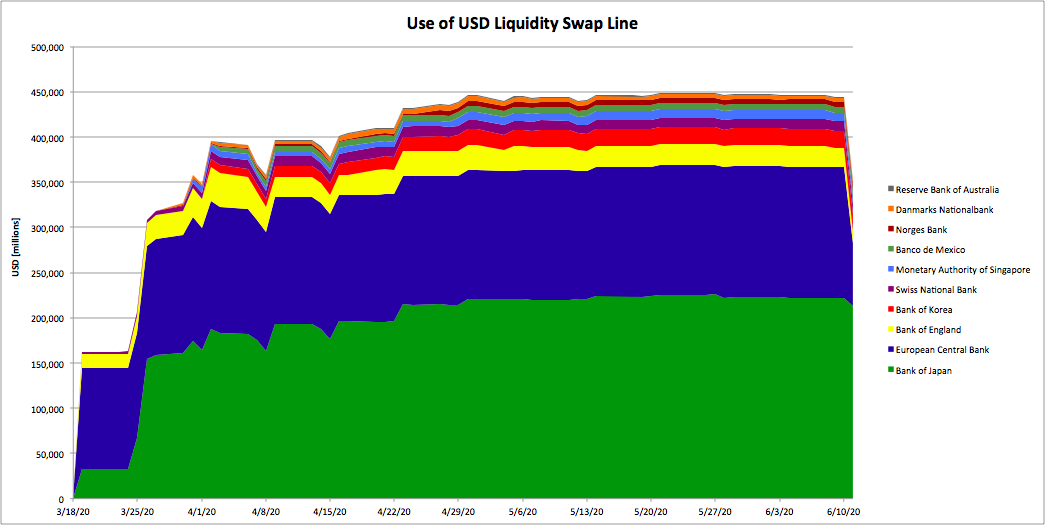 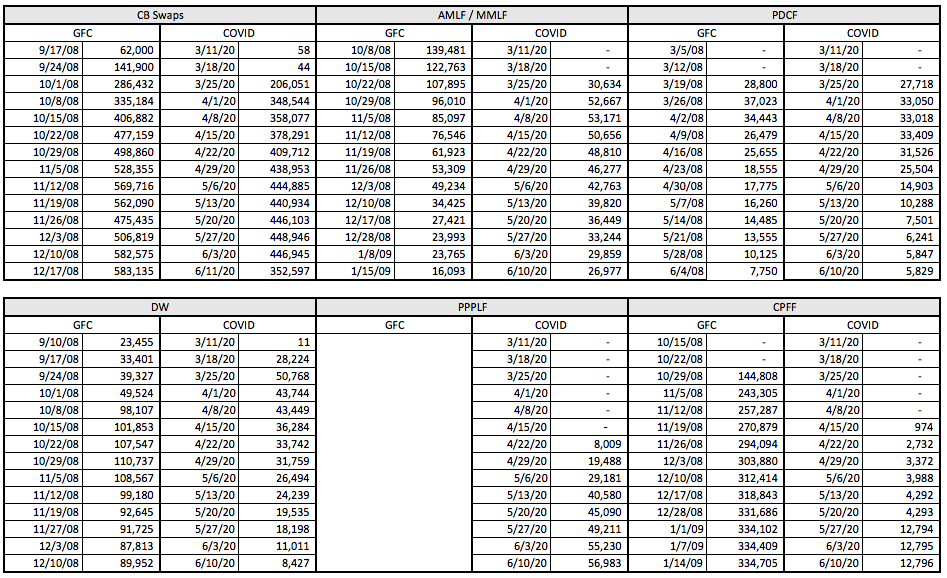 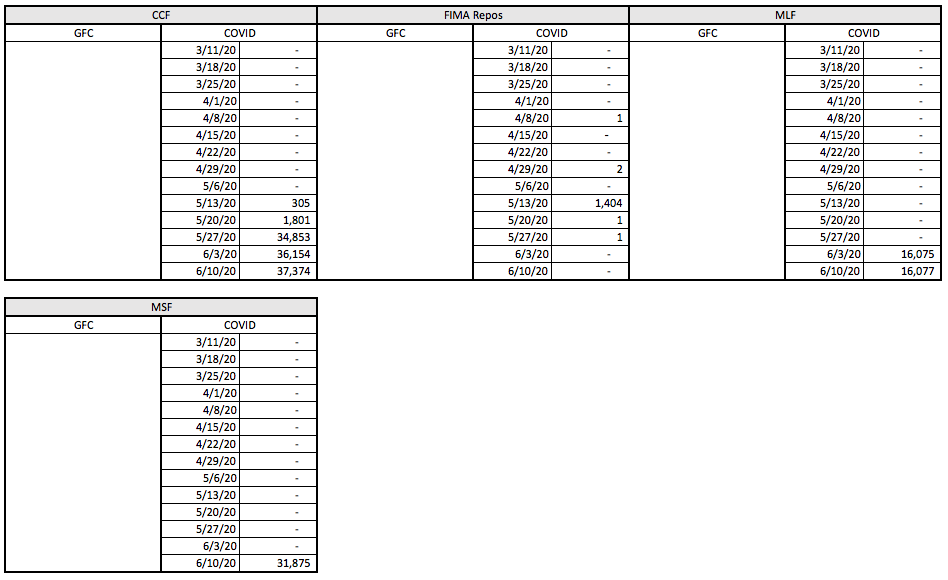 The PPPLF allows the Fed to provide financial institutions with liquidity backed by loans to small and medium businesses extended under the federal government’s Paycheck Protection Program and guaranteed by the Small Business Administration. The Program was established under section 13(3).