Max Baucus, the U.S. ambassador to China, spoke at the Yale Center Beijing on April 10. Baucus, a longtime U.S. senator from Montana before his appointment as ambassador, discussed his views on U.S.-China relations and answered questions from the audience. 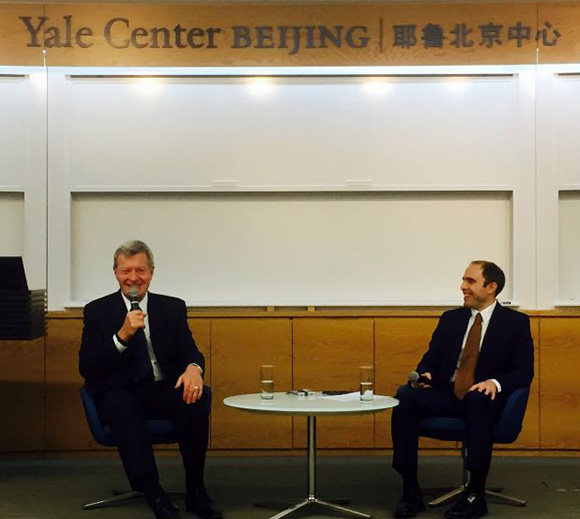 The center serves as a hub for Yale’s activities in China and is managed by the Yale School of Management. Upcoming events there include a conversation with Jaime FlorCruz, former CNN Beijing bureau chief; a workshop on light management in museums, hosted by Yale’s Institute for the Preservation of Cultural Heritage (IPCH) in collaboration with the University of Science and Technology Beijing; and a discussion on the state of U.S.-China relations with Paul Haenle, director of the Carnegie-Tsinghua Center, the Beijing office of the the Carnegie Endowment for International Peace.