In the 1980s, Professor Edward Kaplan, now Yale SOM’s William N. and Marie A. Beach Professor of Operations Research, was part of a group of activists and Yale public health researchers who proposed a controversial program to provide clean syringes to injection drug users in the city in an effort to slow the spread of AIDS. Nearly 25 years later, the program is still active in New Haven and has been replicated by cities around the country. In fact, students in Kaplan’s course Policy Modeling will be studying the exchange program and its evaluation method this semester. 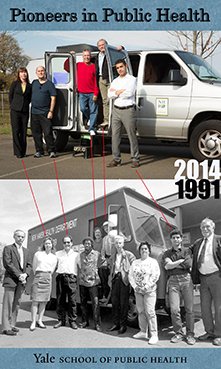 The Yale School of Public Health looked back at the needle-exchange program this week in an oral history on the school’s Facebook page.

“Our own research indicated that needle exchange reduced the rate of new HIV infections in New Haven by at least 33 percent, which translates to preventing between one and four infections per year,” said Kaplan, who is also a professor of engineering and a professor of public health. “This might seem like a low number, but contrasting the expense of treating HIV infections against total program expenditures reveals that needle exchange in New Haven is extremely cost-effective. These results gain force when one considers the life-saving impact of needle exchange in a city like New York.”

Read more:
Prof. Edward Kaplan and A. David Paltiel, professor of public health, talk with Yale Insights about applying the tools of economics and operations research to healthcare.