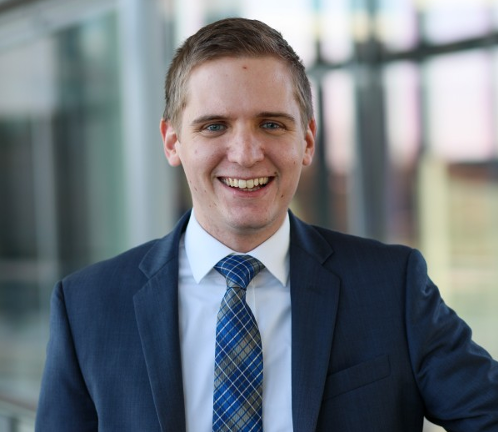 The COVID-19 pandemic turned everyone’s summer upside down, and mine was no exception. When my original internship was shortened to a six-week virtual experience, I took the opportunity to find a second internship. The two internships, with such fundamentally different content, were a testament to the varied experiences you can have at business school.

For one half of the summer, I interned with PepsiCo’s finance department. My pre-MBA experience (working at EY) gave me an in-depth look at corporate finance, but only as an external consultant. The PepsiCo internship was a great opportunity to observe a company’s finance department from the inside out.

Despite the virtual format, the finance team did a remarkable job of training the interns on every part of the finance organization. By the end of the summer, I could throw out terms like “price pack architecture” and “dead net sales price” as if I had known them for years (actually, only six weeks). The finance interns also had a chance to work on two separate challenges, providing financial recommendations for new and existing PepsiCo brands. Ultimately, PepsiCo impressed me as a very mature organization with an exceptional training program for finance managers-to-be.

For the other half of the summer, I was a research assistant with Professor Leandros Tassiulas and the Yale Institute for Network Science (YINS). My research focused on “decentralized finance,” an industry that attempts to replicate traditional financial transactions, such as lending and borrowing, on the blockchain. While it’s a very niche industry at the moment, it has a lot of intriguing potential that I wanted to explore in greater detail.

My task was to program a bot that would participate in a specific financial process on the blockchain (loan liquidation auctions), and then summarize my observations into a research paper. After many hours of coding, and many helpful comments from the research team at YINS, I released the paper at the beginning of September.

I also had the privilege of listening in as the YINS team discussed their own research findings with the AI Research team at JP Morgan. In the back-and-forth of their conversations, I was amazed at the depth of technical knowledge held by my colleagues. After a summer of learning, I hope to contribute to the SOM community by helping other students explore new blockchain technologies, just as I did.

Looking back on the summer, I gained knowledge from two industries at opposite ends of the spectrum: one a very well-known, mature industry (consumer goods), and the other a very niche industry with a still-uncertain future (decentralized finance). Both experiences helped me better understand the ever-changing business environment I will be working in.