Clubs at SOM through the Eyes of a Rugby Club Leader

The Rugby World Cup just ended, with New Zealand triumphing. The tournament was on an epic scale, with surprises, small margins in score differences, and plenty of impressive displays of great skill on the field. From my eyes, I saw new things for the first time. I saw the work behind the scenes that must have gone into producing such amazing sights and, yes, entertainment.

Club leaders like me at Yale School of Management have many tools at our disposal. After all, we are here to learn, and one of the ways to do that is to learn through doing, so student-run clubs are integral not only to the community as a whole, but also for the professional development of the students running them. But I don’t want to talk about that. I want to talk about setting up a club almost from scratch.

This year, for the first time, there is a women’s team for the Yale Graduate Rugby Club. We went from just me in September 2014 to six noble women playing at the Duke tournament in April 2015, to this fall having 17 women on the team from all over the graduate and professional schools at Yale. We play fixtures, we have training once a week, and we’ve even started fitness sessions! We recently went on a brewery tour after our game with UMass Law. We even have sponsors. How did we do this? 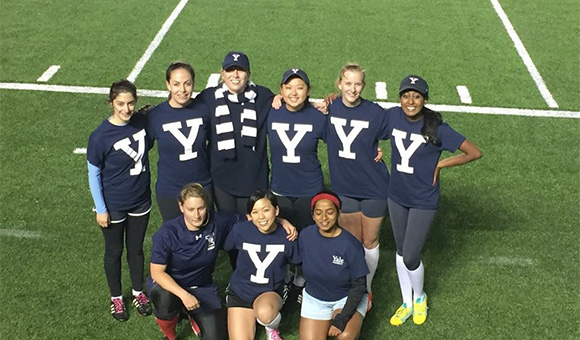 First, the foresight of individuals from the rugby team last year supported me in my efforts to start this. I can’t thank them enough (and have done so so many times personally and publicly that they must be so bored of it by now). This year, there is Jonas Schwan, who is a fourth-year biomedical engineering PhD student who not only loves rugby, but also has the same vision as me: to create a club that welcomes all who love the sport and offers graduate students a wonderful environment to get fit, make friends, and have fun outside of class. I mention him specifically, because I do want to thank him, but also to say that he is not unique. This is a compliment. There are so many students who have helped build this club that I use his example as a leader to highlight a specific case that is universal. 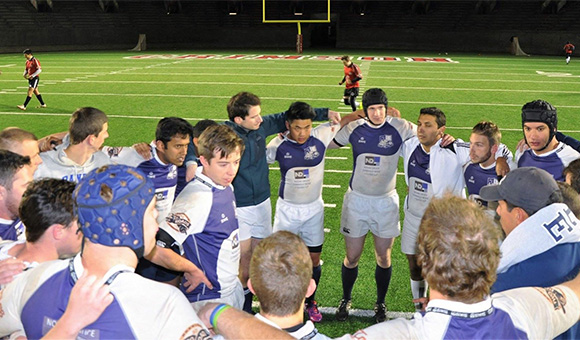 Second, the administration and other student-led clubs have only encouraged me in my efforts. If I reach out for advice on funds, I get almost immediate responses. If I go on our internal website, the Portal, I can find all the information and forms I need. I reach out about issues I’m facing about running the club, and the support is there.

Finally, the club is a part of the wider community, not only in terms of membership from Yale graduate students, but also in terms of working with undergraduate rugby and New Haven Rugby Club. We are free to connect on our common goals, build relationships, and find new ways to engage with people who love the sport. 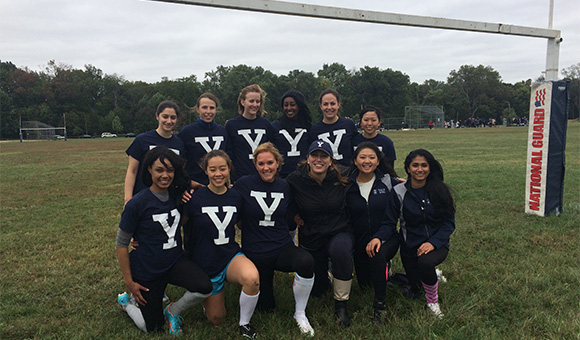 The club is still on a long road to being settled. There is always the chance that the future could change, and that perhaps there is no desire for this sport next year. Perhaps the 17 new members for the women’s team is a blip. If that’s the case, then I still wouldn’t regret a single moment of joy I’ve had being a part of the team.

Whatever may be, I believe that the real point of this story is actually that when you come to SOM, you have a chance to create your own experience here while being a part of everything that is Yale.