Nathan Huttner YC ’06, ’09, reached out to a couple of his former Yale SOM professors last fall to share some good news. 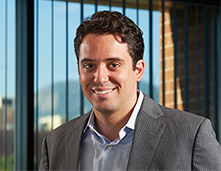 A technique he’d learned in their class had helped his consulting team solve a pressing problem for an important client. It worked so well that the story of the work was published as a case study in the Stanford Social Innovation Review.

After graduating from Yale SOM, Huttner joined Redstone Strategy Group, where he is now a principal. In 2011, Redstone began serving the International Planned Parenthood Federation (IPPF), helping the organization with an initiative to improve global performance.

The IPPF situation was complex. The Redstone team, led by Lee Green ’05, needed to develop a method the organization could use to assess, and ultimately improve, services at the organization’s more than 150 member associations in 170 countries. But there was a catch: the associations vary widely in terms of resources and services. The challenge, Huttner says, was devising a single tool that could work in a variety of different country contexts.

“Member associations are all providing different kinds of services and trying to track performance around them,” Huttner explains. “We needed to understand how member associations across the entire federation could assess the efficiency of their work.”

Considering the problem, Huttner thought of the data envelopment analysis technique that he learned when he took SOM’s Healthcare Operations course in 2009, taught by Professor Donald Lee and Professor Elisa Long (now on the faculty of the Anderson School of Management at UCLA). The technique allows an organization to study and compare a variety of different inputs and outputs when assessing efficiency.

Professors Lee and Long took a hands-on approach, Huttner says: “They gave us a model, explained it, and then had us go out and work with it on a data set. Then they ramped up the complexity. It was the best preparation for dealing with the issues I now face every day.”

The analysis became the cornerstone of the “Branch Performance Tool” that the Redstone team created for IPPF. “It was exactly what the IPPF project called for,” Huttner says. “It allows you to get an efficiency score that takes into account lots of different kinds of inputs and outputs and can provide insight into what makes them work, which was the scenario we were dealing with.”

IPPF’s member associations can use the tool to learn which branches are most efficient, and to identify best practices that can then be used to improve efficiency at other branches. “The analysis I learned at SOM really became integral to the model we developed that helps the federation improve the performance of its branches worldwide,” Huttner says.