At the beginning of the year we kicked off the 4029 Cup with Oster Bowl, a touch football game named for Sharon Oster, a long-time and beloved professor at SOM, as well as the former Dean of SOM.  Earlier this month, we continued the tradition with Swersey Cup, a pickup basketball game between first and second year students.  Art Swersey, another longtime SOM professor, was there to watch the game named in his honor. In lieu of referees, Art threw up the first tip and the game commenced. 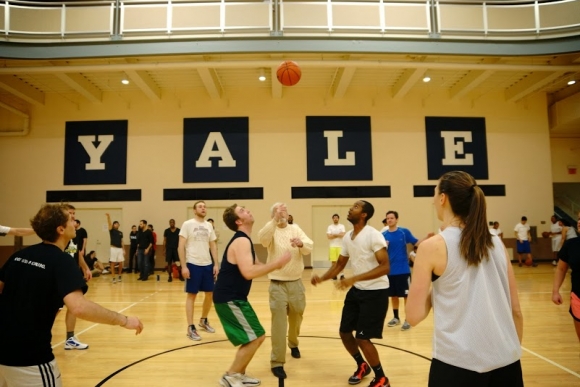 Everyone on the court – fans and players alike – have had Art as a professor during the first quarter of the SOM core.  Art is well known for using an elaborate assortment of props in his probability instruction.  On any given day, Smokey the Bear, a model Japanese Bullet Train, or a can of Schaeffer City Beer might make an appearance.  Below Art makes a guest appearance this semester in the first year core class Operations Engine.  To teach a case on quality measures at Paul Revere Insurance, Art is dressed up as Paul Revere himself, and if you look closely, you can see the Old North Church in the background -- the prop du jour. 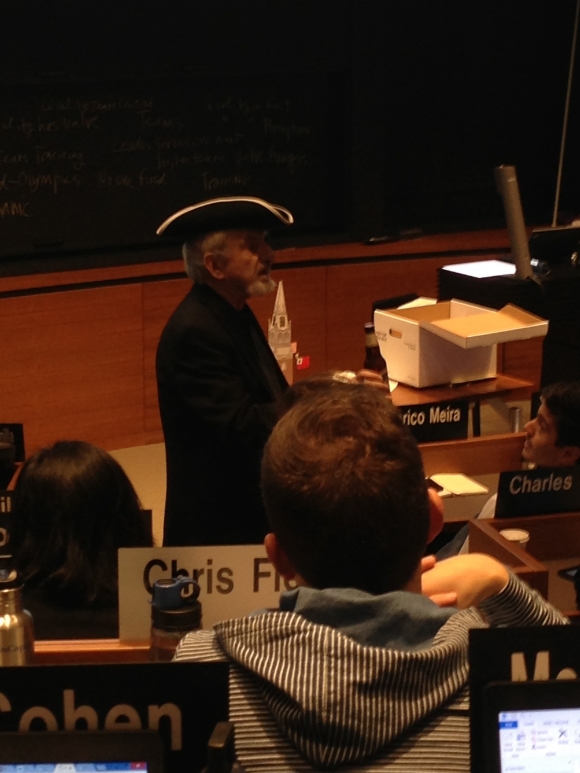 Based on the number of players warming up a half hour before the match up on either side of the court, one might have expected the first-year squad to be clear favorites.  The first years not only outnumbered the second years 3:1, but several among us are former college basketball players, to say nothing of the athletic squad of players who convened throughout the Fall to play pick up together on a regular basis. 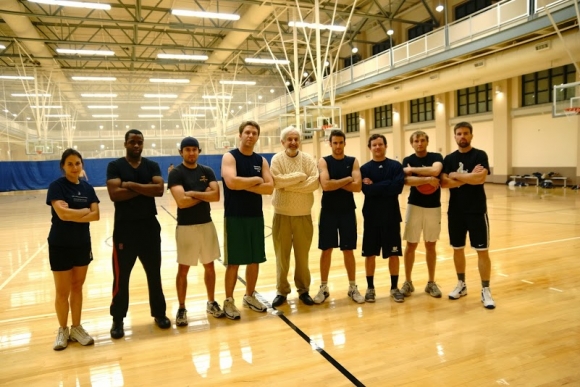 The second years, too, had no shortage of athletic talent, including a 2008 Wimbledon participant, a former Harvard football tight end, an Israeli Air Force Pilot, and a Navy officer.  The first year loss to the second years in the Oster Bowl still fresh in our minds, we knew we would do whatever it took to pull out a W for 2015.  Despite our seeming advantage, the second years scored first and started to gain momentum and that’s when things started to get competitive. 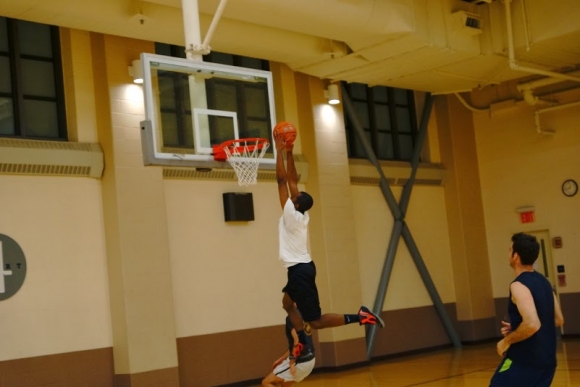 By the end of the first game, blood was drawn (seriously) and first years and second years alike were diving for loose balls, driving hard to the basket, and taking charges.  Although SOM is a very friendly, laid back place, once the day arrives for a 4029 event, players and fans alike put their game faces on. 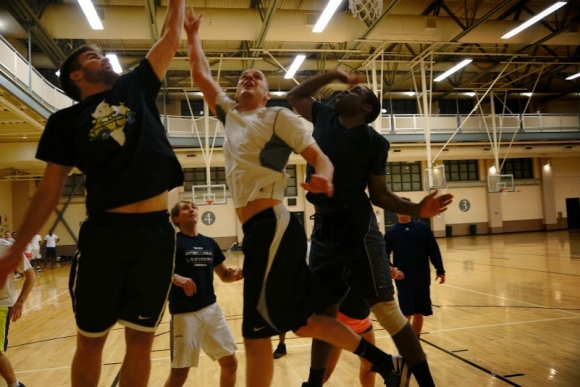 The match up was structured as a pickup game –  the best of three games would win, counting points by 1s and 2s.  After two very spirited, close contests, the first years prevailed in two games over the second years (21-19, 15-12) to take home the 4029 Swersey Cup.  The loss no doubt fueled the second years' fire for Thursday's 4029 Gartska Cup, an ice hockey battle between first years and second years.  More on that outcome in my next post! 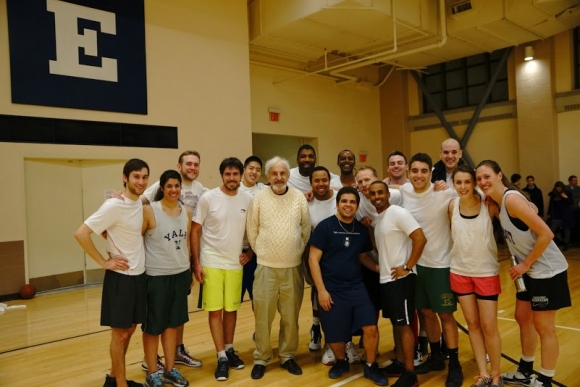