Declaring modestly that your only flaw is working too hard is the wrong approach, according to Laszlo Bock ’99, Google’s senior vice president for people operations, who appeared on NBC’s Today Show on June 16.

“Be a little honest about this,” he said on the show, “but then say what you did to improve yourself.” 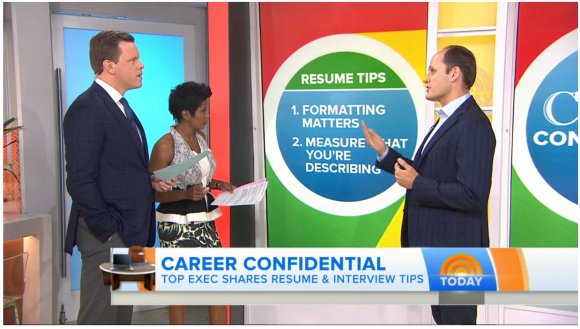 For example, “If you’re an introvert, say, ‘I’m an introvert.’ But then say, ‘I enrolled in a theater class,’ or, ‘I made sure on my teams I raised my hand and was vocal, and I’ve gotten better at working through this.’”

Bock has been a staple in the business press over the last several years, explaining Google’s much-admired approach to human resources. He has reached a wider audience this year after publishing Work Rules: Insights from Inside Google That Will Transform How You Work and Lead.

A review in Publishers Weekly said, “This book is for those who are curious about Google, but especially for business leaders, all of whom, according to Bock, would benefit from adopting these rules themselves. Anecdotes about Google’s founding and history mingle with discussions of management theory, psychology, and behavioral economics to create a fascinating and accessible read.”

Bock’s Google+ feed features a steady stream of insights from the book, including suggestions on feedback, being a new hire (or managing one), and helping poor performers improve.

“Everyone loves focusing on the top performers,” he wrote last month. “The bottom need just as much attention. Most struggling employees aren't bad people, and want to get better. Invest in them. Help them build the skills they need to become stronger. Even if they only end up average, you’ll get a large boost in overall productivity.”